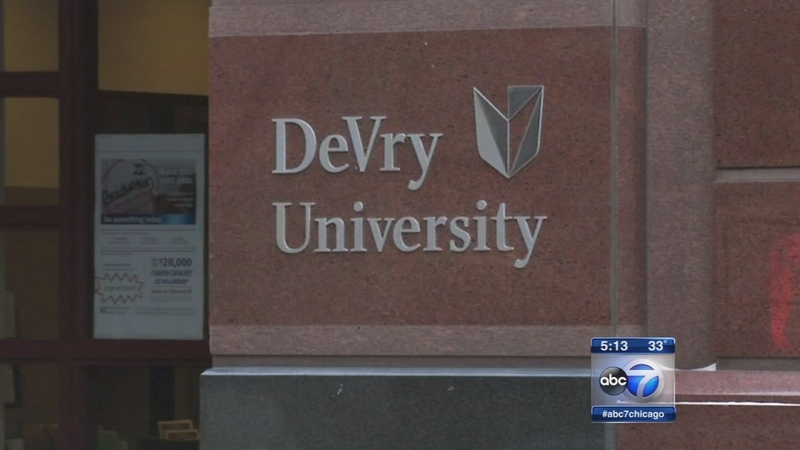 CHICAGO (WLS) -- The ABC7 I-Team is looking into federal action being taken against a for-profit college with several local campuses.

On Wednesday the Federal Trade Commission and the Department of Education announced it is taking legal action against DeVry University, a for-profit college with nine campuses in the Chicagoland area.

The DeVry Education Group, based in Downers Grove, says it will vigorously contest an FTC complaint about marketing. At the center of the complaint were DeVry's ad claims about graduate job placement.

The FTC says one claim, that 90 percent of graduates actively seeking employment landed jobs in their field within six months of graduation, was deceptive. The complaint alleges that DeVry counted numerous graduates as working "in their field" when they were not.

In a statement, DeVry said it always publishes accurate employment statistics and that the FTC complaint has no valid legal basis. DeVry also says it has used documents during the FTC's two-year inquiry to disprove the claims.

All of this comes just months after an I-Team investigation into several for-profit schools, several of which were being sued or investigated for not being properly accredited. There are also allegations of high loan default rates and low job placement.

The DeVry Education Group was not part of that initial I-Team investigation.

It was also announced Wednesday that the U.S. Department of Education is taking action against DeVry for its marketing practices - requiring the school to stop certain advertising about post-graduation employment.

DeVry says it will request a hearing about that issue to "resolve the matter."