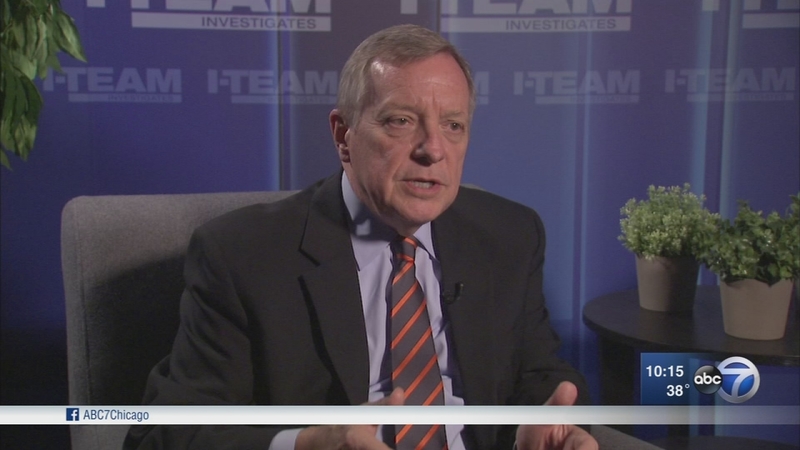 CHICAGO (WLS) -- There is hope for students of for-profit colleges that, according to the Department of Education, misled them. U.S. Senator Dick Durbin (D-IL) sat down exclusively with the ABC7 I-Team to talk about his new push to help students.

Sen. Durbin said he is now addressing the fallout of several for-profit investigations, and talking about what students need to do next. Some graduates said they can't get a job because they don't have a credible degrees, and they are saddled with student debt.

"I think it's mean, really. How do you take these innocent people's money who are trying to get a real education and just scam them," said Dawn Harvey.

"A friend of mine and I went to the president and said, 'This is a joke. We don't feel like we are getting anywhere near $10,000 worth of education,'" she said.

Harvey joined a medical assistance certification program to get a job in healthcare management. She graduated in 2013, couldn't get a job, and is left with $10,000 in federal student loans.

"They matched me up with a couple interviews with nothing promising. It wasn't related to what I studied at all," she said.

Harvey isn't alone. An investigation by the U.S. Department of Education found that CSI falsely reported students getting jobs at companies that never existed. As a result, their accreditation was pulled. CSI is appealing that decision. The company that accredited CSI was recently terminated by the Department of Education.

"The CSI situation is particularly egregious. This was a school that, once students got there, realized it was a fraud and sadly they signed up and were in debt, used their GI Benefits. We are saying to the Department of Education, give these students at CSI a second chance. They deserve it and I hope they do," said Sen. Durbin.

Sen. Durbin sent letters to the Department of Education and the Veteran's Administration to help students like Harvey, who he said were defrauded. Harvey hopes to qualify for the Federal Loan Forgiveness program.

"One-hundred percent forgiveness would be great, but I'd be happy to get anything wiped out because $10,000 for that, was nowhere near worth it," Harvey said.

"In some circumstances, if they were defrauded by the school in years gone by they can they can still claim that same defense," Durbin said.

Unfortunately, students of troubled for-profit schools who used private loans aren't getting that break yet.

"If you signed up for the private loans which many of these intuitions pushed on the students, you are stuck. I'm hoping ultimately there will be action in courts on these private loans to protect these students," Durbin said.

But Durbin also said the house of cards is crumbling for for-profit colleges.

"It's coming down. I think they are going to find a huge, dramatic number of these schools closing in the months ahead," he said.

CSI CEO Julia Lowder responded to the I-Team's story, saying, "I feel confident that CSI carried out its responsibility in providing an education to students so that they can be employed. I cannot comment on a specific student because student records are confidential."

Students whose schools are under investigation or closed should go to the U.S. Department of Education's website to find out if they qualify for federal loan forgiveness.