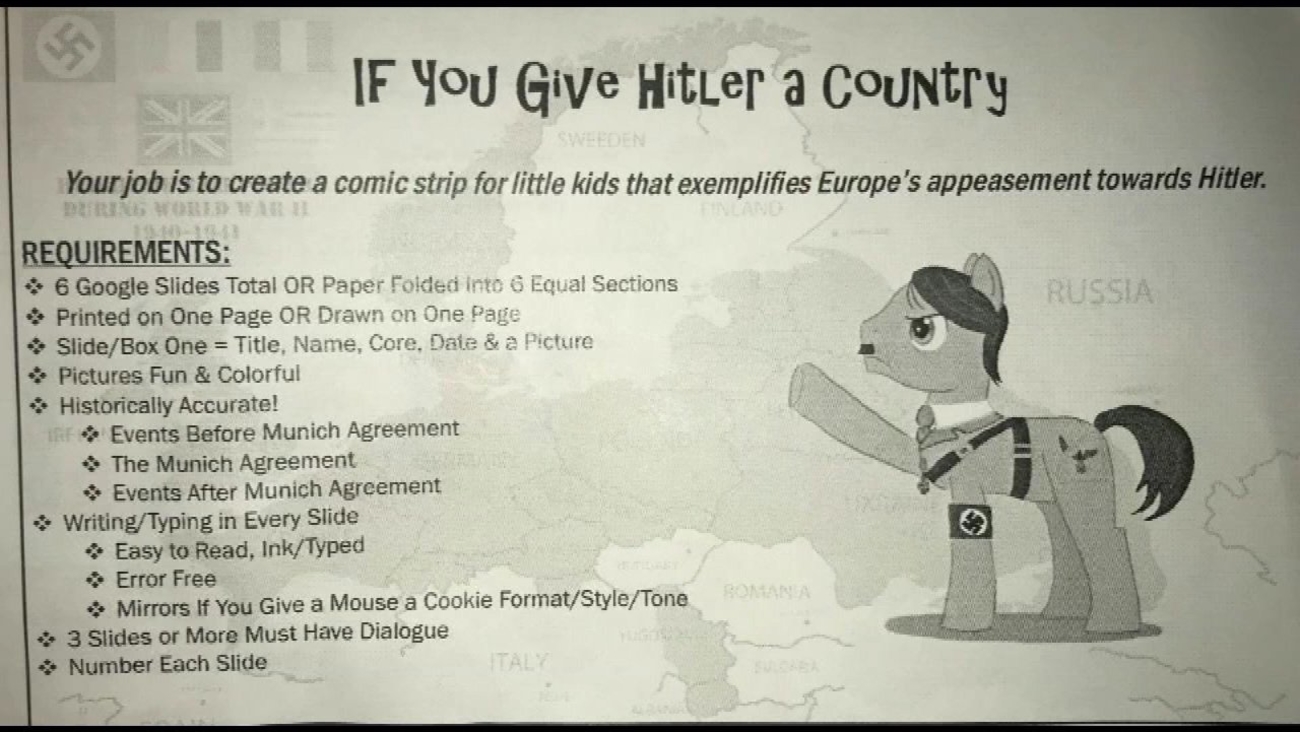 Officials at Woodland Middle School said the assignment did not violate school standards, but the school did apologize for the "cartoonish" elements of the activity.
Report a correction or typo
Related topics:
educationgurneeschoolworld war ii
Copyright © 2020 WLS-TV. All Rights Reserved.
More Videos
From CNN Newsource affiliates
TOP STORIES