MOUNT LAUREL, N.J. -- The man at the center of a community protest in Mount Laurel, New Jersey - sparked by his racist rant toward a neighbor - was taken into custody on Monday evening.

Water bottles and ice were hurled at Edward Cagney Mathews, and police officers, as he was brought outside.

"It was a difficult situation to extract him," said Mt. Laurel Police Chief Steve Riedner. "Unfortunately some in the crowd made it more dangerous for everybody."

Mathews will remain behind bars on assault charges until he is arraigned, which is expected sometime in the next few days.

Police say 10 to 15 officers were hit by pepper spray as they were taking Mathews into custody.

Mathews is also charged with bias intimidation stemming from a now-viral video that shows him nonchalantly hurling the n-word multiple times at his neighbors.

Ring camera video shows the moments before the viral video. It shows Mathews knocking on the door of his neighbors - an interracial senior citizen couple - demanding the husband come out and speak with him.

"I have every right to be here. Get your husband," Mathews is heard saying.

The situation escalated when another neighbor interceded on that couple's behalf.

Most of the viral Facebook video, recorded back on Friday, is too graphic to play.

"This is not Africa, or (inaudible) or wherever the (expletive) you were," Mathews is heard to say.

The other man in the video replied, "I was born in America, and I don't give an (expletive) about you."

ABC 7 Chicago's Philadelphia affiliate WPVI spoke with Mathews via Zoom before he was taken into custody.

"There is nothing I'm going to be able to say that's going to justify me using the words that I used," he said. "Whatever I have to do to make it up to the community - and the world at this point, seeing how big it is - understand that I made a mistake, allow me the ability to move forward, just like we all deserve," said Mathews.

The dispute, according to neighbors, stemmed from months of issues with the development's HOA board.

Before the viral video ends, Mathews gave out his address, seemingly encouraging protesters, who arrived on cue.

Earlier in the day, Mathews came out to address the crowd but was ushered back inside the home.

Police confirm they've received complaints about Mathews before. A woman who talked to WPVI didn't want to show her face, but said Mathews vandalized her home right before that now-viral encounter with her neighbor.

"Sad because it should not be that many times. If the justice system had done their work earlier ... he would not be here at this point," she said.

"We're not just going to let him harass people, especially Black people within this community or any community," said protester John Clayton of Cinnaminson.

Jazmyn Suszynski and her mother Aliya Robinson also showed up to protest. They claimed they were also victimized by Mathews in years past.

"I tried. We have tried to get justice, and if we got justice, this wouldn't be happening now," said Robinson.

Mathews is scheduled to have a first appearance on Tuesday in Superior Court, the Burlington County Prosecutor's Office said.

Prosecutors have moved to detain Mathews, the office said, and he will be held pending a detention hearing. That will likely happen on Friday. 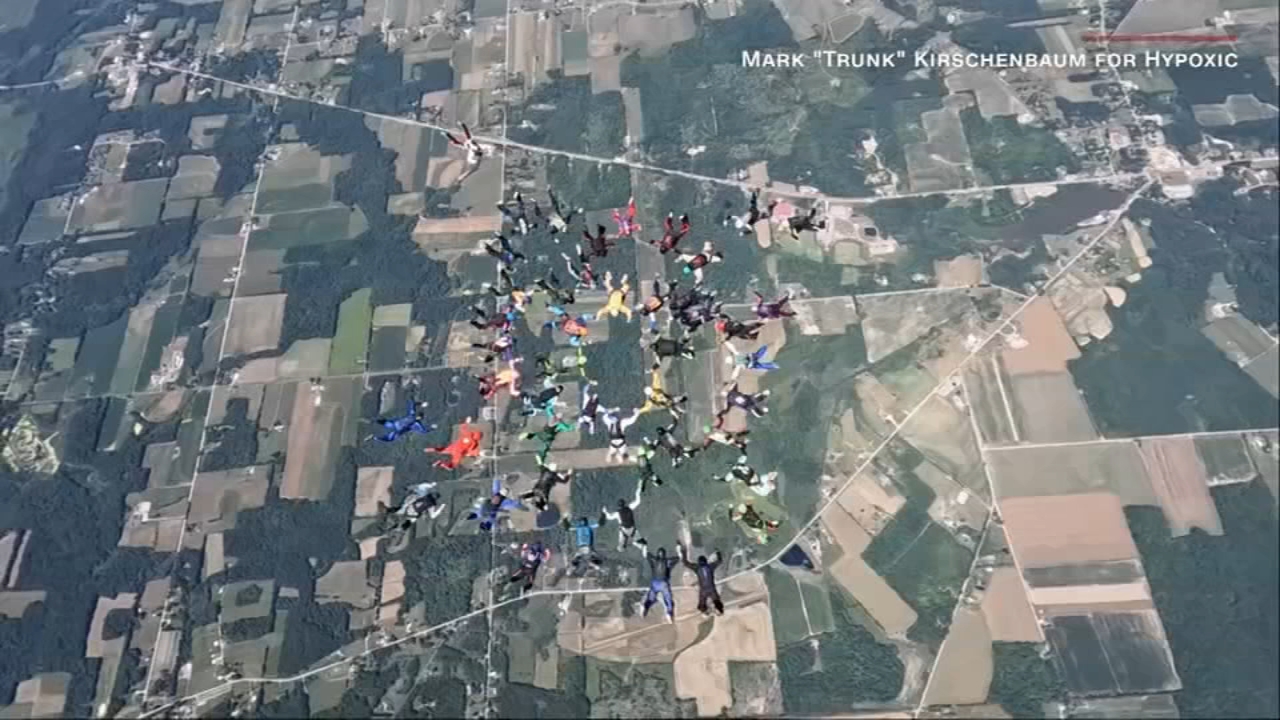