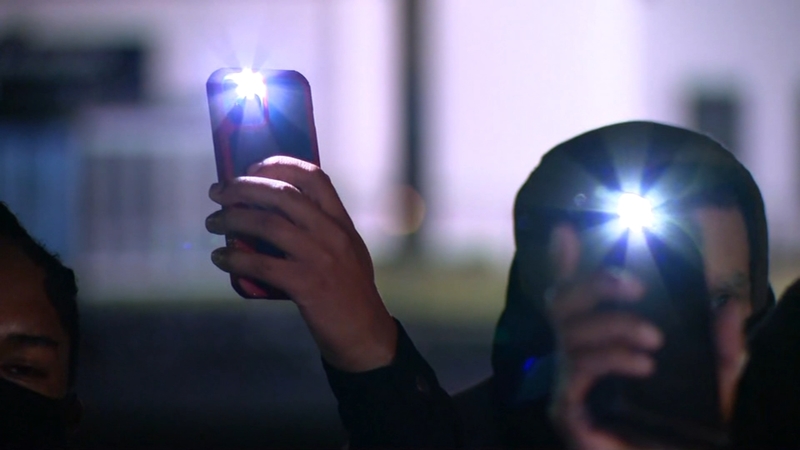 EDWARDSVILLE, Ill. (WLS) -- A candlelight vigil was held Friday night to honor the lives lost to the Edwardsville tornado.

It took place at the Amazon facility one week to the day an EF-3 tornado ripped through the building killing six people. A memorial ceremony is also taking place Saturday morning.

OSHA said it is continuing to investigate the deadly collapse and it's expected to take six months.

Amazon said said the site received tornado warnings and alerts, and employees worked quickly to ensure as many people as possible could get to a designated shelter-in-place location. In this case, the site got tornado warnings between 8:06 and 8:16 p.m. local time, and site leaders directed people on site to immediately take shelter. It appears the tornado formed in the parking lot and struck the building at 8:27 p.m., according to Amazon, which said it all happened incredibly fast.