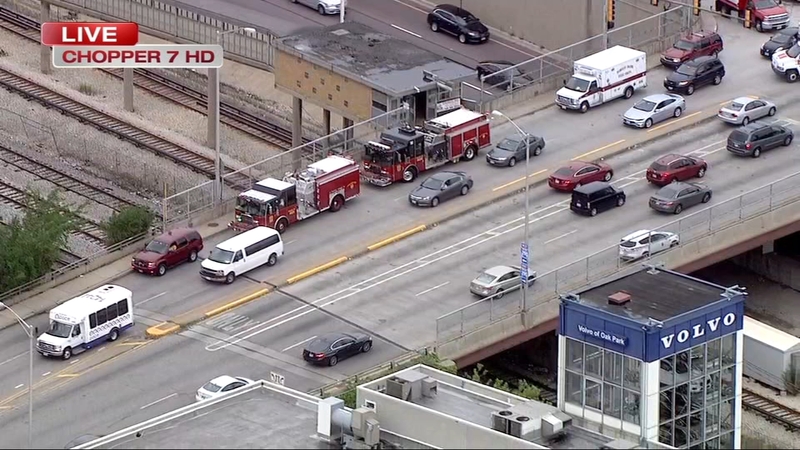 2 armed robbery suspects in custody after chase on I-290, CTA tracks

CHICAGO (WLS) -- Two suspects are in custody after an armed robbery on the West Side and a chase on the Eisenhower Expressway Wednesday morning, police said.

Chicago police said a victim alerted officers that he had been robbed in the 11th District on the West Side at about 10:15 a.m., police said. The victim told police that he was robbed at gunpoint and the suspects fled in a silver vehicle with Florida license plates.

Police observed the vehicle and attempted to stop it. Illinois State Police said they pursued the suspects' vehicle on the Eisenhower Expressway before the vehicle crashed underneath the overpass at Oak Park Avenue.

After a foot pursuit that carried over onto the CTA tracks, two suspects were taken into custody. Chopper 7HD flew overhead as police searched the railroad tracks.

No injuries were reported and there was minor property damage to possibly two vehicles by the suspects' vehicle, police said.

One gun was recovered and police are searching for a second gun, police said.