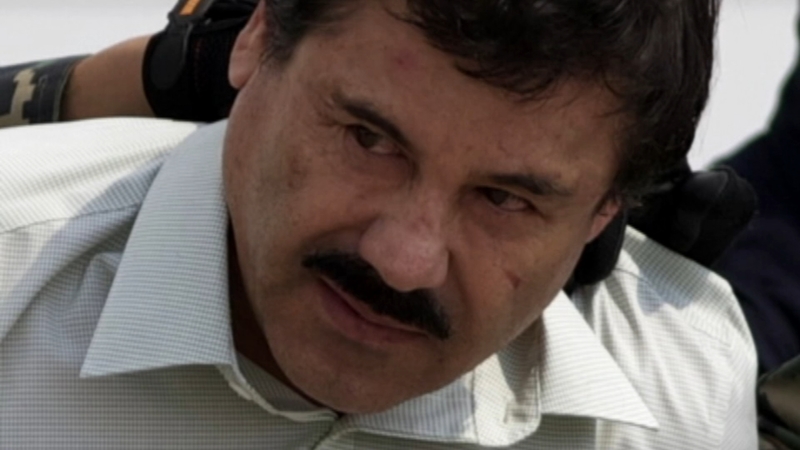 It is jury selection this week for Joaquin "El Chapo" Guzman. But once the witness parade begins there will be clear and convincing evidence of an undercurrent straight from Chicago.

Chapo is hard to miss. An entourage fit for a kingpin squealed across the Brooklyn Bridge early Monday, delivering the drug lord to federal court.

El Chapo translates to "The Short One," an ill-fitting nickname for a man who's power and wealth outgrew his appearance decades ago.

His drug deals were by plane, boat and submarine; his gold guns were adorned with diamonds; his women were statuesque; his income was in the billions; his jailbreaks all great escapes; even his recapture resembled a Hollywood firefight.

But at his criminal core, Chapo is a drug dealer.

For decades investigators say he supplied 80 percent of Chicago's heroin and cocaine.

"There is no question that Guzman is 'Public Enemy Number One,'" Art Bilek of the Chicago Crime Commission proclaimed on Valentine's Day, 2013. "He is clearly more dangerous than Al Capone was at his height."

Even though Chapo never set foot in Chicago, he is still under federal indictment here. The New York prosecution that opened Monday will blend in the Chicago case.

"A big chunk of this is going to be Chicago-centric," said former federal prosecutor Gil Soffer, ABC7's legal analyst.

Soffer said the jury will likely hear from one or both of Chapo's most trusted operatives: twin brothers Pedro and Margarito Flores, from Chicago's Little Village neighborhood.

"These witnesses are important to the case, they're really close to him. They are senior in the organization," Soffer told the I-Team. "The jury is going to want to hear from people in the know and he were the closest El Chapo who he is how we operate it and what he did."

"Cooperators are our life blood and sometimes you have to cut deals with some unsavory folks," said former assistant U.S. attorney in Chicago Tom Shakeshaft, who cut the deals with the Flores brothers.

Ten years ago this week Shakeshaft and top U.S. drug agents were in Mexico for secret meetings that resulted in the Flores twins flipping - working undercover - even recording conversations with El Chapo.

"It's in the public documents," recalled Shakeshaft. "We did record him twice regarding a 20 kilogram heroin deal eight miles west of the Loop. And at the time that was we believed the only legally admissible recording of him anywhere."

It would be the beginning of the end for El Chapo.

Now the New York case includes 33 murders that prosecutors said they plan to pin on the drug lord.

As for the Flores brothers, the I-Team has learned that more than 50 people have been charged with drug trafficking from their information. They pleaded guilty and are now serving 14 year sentences; part of their deal requires trial testimony for the government. Shakeshaft said he always considered the Flores twins as smart.

"They are bilingual which in any travel in the United States will be helpful because they will be able to testify in English," he said.

After serving their time, the Flores twins will likely spend the rest of their lives in the witness protection program. That commitment requires they assume different names and identities away from each other and their families. As relatively young men, that is a lifelong price to pay for their criminal conduct.