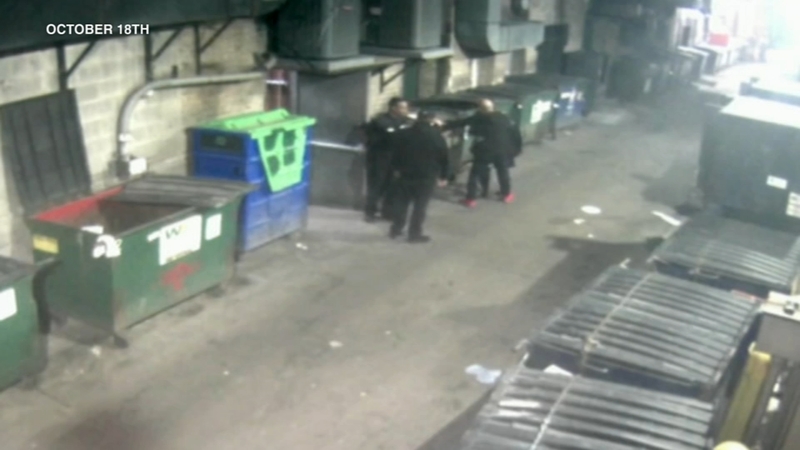 CHICAGO (WLS) -- A judge ordered a River North bar to preserve all potential evidence pertaining to an allegation of sexual assault.

A woman is suing El Hefe for negligence after she says she was attacked in the alley outside. Her attacker has not been caught.
Advocates for victims of sexual assault rallied to raise awareness on Wednesday night, when many people will be bar hopping.

"Everyone has a responsibility to be a proactive bystander in ending sexual violence," said Sarah Layden, of Resilience, a non-profit rape crisis center.

Staff and volunteers with Resilience shared information along Hubbard Street on what is expected to be a busy night. They want the bar and restaurant industry to take better care of female patrons.

"They have a responsibility to intervene on behalf of their customers and create safe atmospheres where sexual harassment, sexual assault isn't tolerated," Layden said.

On Wednesday, attorneys representing a female patron of El Hefe on Hubbard Street got an order from a Cook County judge that demanded the bar preserve any evidence from the night of the alleged assault. They shared surveillance video of their client being escorted out of the bar's back door by a man in red shoes on October 18.

She was later found between two dumpsters in the alley. She told police at the hospital she blacked out and doesn't remember anything after getting to El Hefe.
"I'm confident that it's going to show that El Hefe was involved in this, that they knew who this individual was and throughout that evening that this assailant and suspect was having conversations and was friendly with the bar staff," said John Chwarzynski, an attorney for the bar patron.

A statement from El Hefe reads in part: "Any instances involving crimes of violence, sexual or otherwise, crimes are abhorrent. We will work with law enforcement."

Chicago police are investigating the incident as a case of criminal sexual assault. On a night when many will be out, the woman's attorneys urge caution to patrons.

"To have a heightened sense of security when it comes to these types of circumstances, especially when the individual who did this to our client has yet to be found and yet to be placed in custody," said Robert Fakhouri, an attorney for the bar patron.