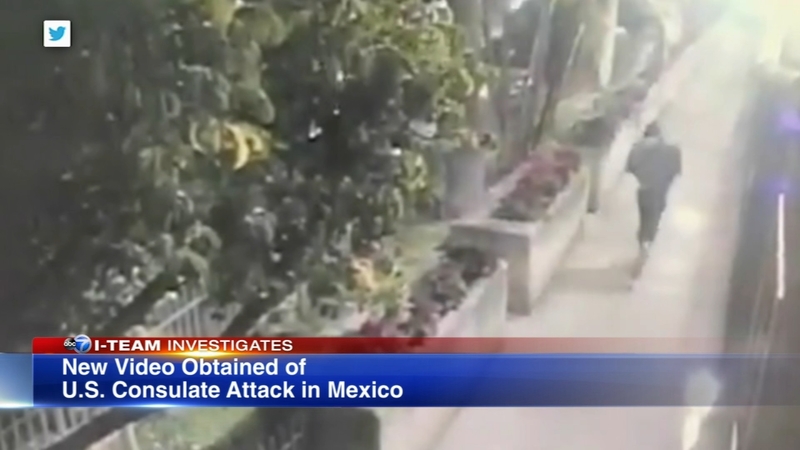 GUADALAJARA, Mexico (WLS) -- A new surveillance video obtained by the ABC7 I-Team could show someone throwing explosives near the United States Consulate in Guadalajara, Mexico.

The video shows a man tossing something over the consulate's wall. Mexican prosecutors said the item was a grenade and the attack was orchestrated by El Mencho.

A composite sketch of the suspect has been released of a suspect in the attack, which the I-Team first reported earlier this month.

The I-Team learned in an interview with Chicago's new top drug enforcement agent earlier this year that authorities consider El Mencho to be the city's most wanted criminal. His drug cartel is publicly denying any role in the blast, which took place hours before a visit by Vice President Mike Pence.