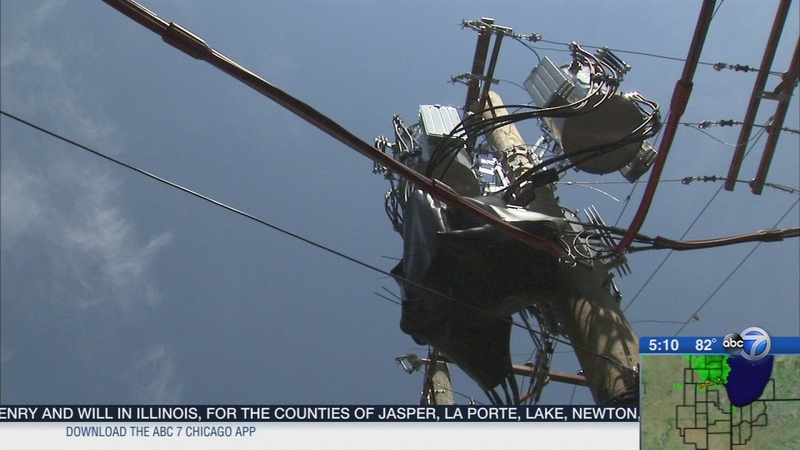 CHICAGO (WLS) -- Are you paying more for your electric bill than you should be? The I-Team studied a new state review that said consumers are losing millions.

When you think of competition, you also think of savings, but that may not always be the case when it comes to your electric bill. A new report suggests that some consumers are losing, and facing an electricity surge.

"I think what this report shows is that we are shopping in a buyer beware electricity market. A lot of people want to shop for electricity suppliers, and we support that, but consumers should know that in this market it's likely that Com Ed is your best bet," said Citizens Utility Board Director of Communications Jim Chilsen.

Some critics might say Chilsen is supporting Com Ed, but he disputes that.

"We support consumers having good info on the market," he said.

Citizens Utility Board, or CUB, a watchdog group, pointed out that the report shows that in 2012, 2013 and 2014, consumers were saving millions thanks to alternative, unregulated suppliers. However, the trend turned in 2015, 2016 and 2017. Consumers are potentially overpaying by hundreds of millions of dollars. CUB said that's mainly because market changes have allowed Com Ed to get power at a cheaper rate.

CUB said it crunched the report numbers further and found that in 2017, a customer who used 500 kilowatts a month paid $87 more a year using an alternative energy supplier.

But the group also said you can still find alternative supplier deals cheaper than Com Ed if you carefully shop around.

"Absolutely, and we support consumers' right to choose," said Chilsen.

The Illinois Competitive Energy Association pointed to a different set of numbers in the report, which shows $4.4 million in savings over the last six years from alternative energy suppliers, but CUB said those figures don't include a 'special adjustment' which has been lowering Com Ed's price.

The industry group also said alternative suppliers offer smart thermostats, energy efficient options and fixed price deals. They added, "Consumers who value the various product choices and offerings that exist in the retail electric market today should be leery of public policy that infringes on customers' right to choose."

In the meantime, alternative suppliers are also facing new state rules awaiting a final OK from the general assembly. One would force suppliers to provide a year of pricing history on a "variable rate" offer, which shifts with the market.

Another new rule would require sales calls to be recorded and agreements with customers verified by a third party.

For a full list of the new requirements, or to file a complaint about an electric supplier, click here.

-Require suppliers to provide 12 months of pricing history for a variable offer.

-Require suppliers to send customers a separate written notice when a variable rate will increase by at least 20%.

-Require suppliers to give notice in writing and by telephone that a contract will be renewed.

-Prohibit alternative suppliers from using a utility's name and logo to market their products.

-Require suppliers to give notice in writing and by telephone that a contract will be renewed.
Limit door-to-door marketing to 9 a.m. to 7 p.m. (or dusk, whichever is earlier).

-Requires that all telemarketing sales be recorded, and include a third part verification process before they're final.

-Requires a third-party verification process for all door-to-door sales.