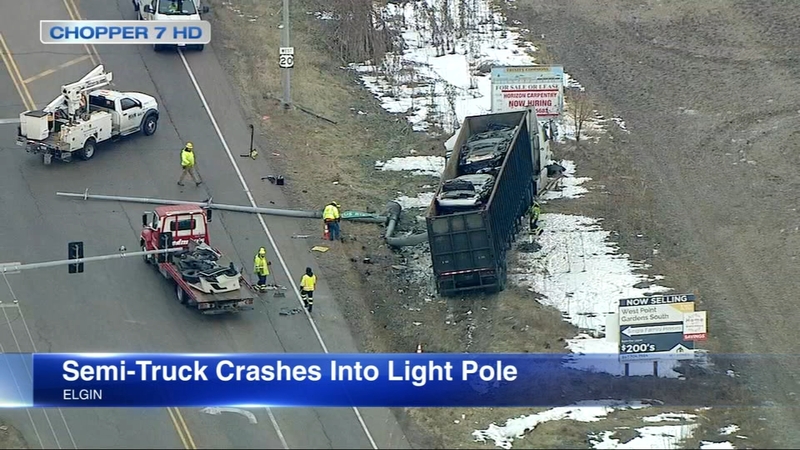 ELGIN, Ill. (WLS) -- An Elgin man died after the semi he was driving struck a light pole on Route 20 in the northwest suburb early Wednesday morning.

Police and firefighters responded to a report of a crash just before 5 a.m. on Route 20 near Nesler Road.

Police said the 34-year-old man driving the truck veered off the road before hitting the light pole and taking down some wires. Chopper 7HD was over the scene around 8:30 a.m. The top of the truck sustained heavy damage.

The driver suffered fatal injuries in the crash, police said. His identity has not yet been released.

The cause of the crash has not yet been determined.