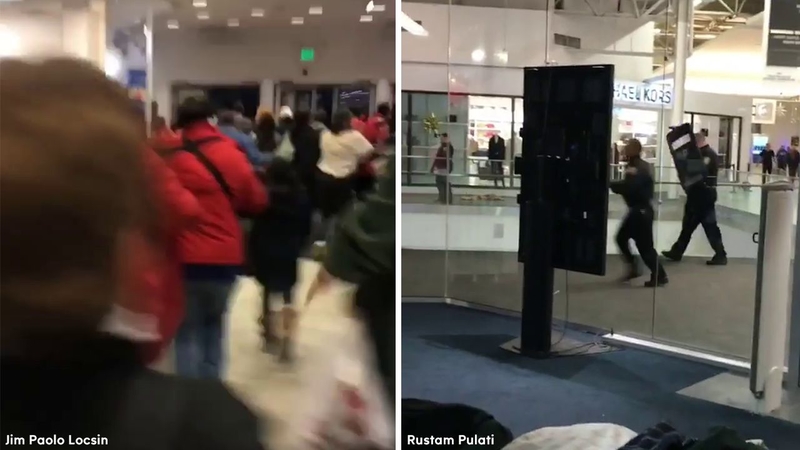 Chaos, panic break out at Jersey Gardens Mall after reports of shots fired

ELIZABETH, New Jersey -- Chaos and panic erupted in a mall in New Jersey Monday after a large fight broke out.

It happened at the The Mills at Jersey Gardens in Elizabeth.

Elizabeth City officials said there was no shooting in the mall, although that was the initial report that came in. The incident was a fight only, and during the fight, a chair was thrown. This created a loud noise and someone shouted gun, which led to the chaos.

A couple of people were injured as they tried to evacuate the mall. Videos posted on social media show a stampede-like scenario play out.

This video shows some people running inside one of the stores:


And this video shows heavy police presence in the mall:

There is gridlock in and around the mall between people evacuating and law enforcement responding.