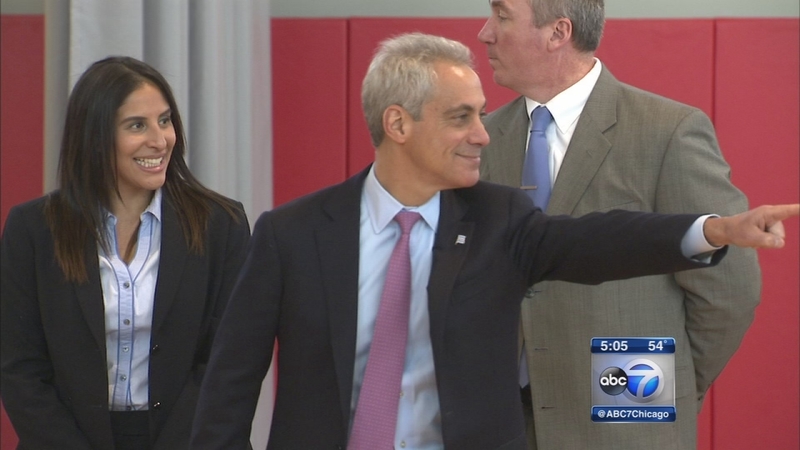 While a Kaiser Family Foundation/New York Times poll shows that Chicagoans are deeply divided by race and neighborhood, they are united when it comes to their disapproval of Mayor Emanuel. The telephone poll, conducted April 21 - May 3, shows the majority of those polled do not like the mayor's performance.

According to the poll, 62 percent of Chicago residents disapprove of Emanuel's job performance. Among African Americans, the rating is even higher at 70 percent.

"What are the communities that suffer the most from violence and from the education system? African American communities. So that's not a surprise at all," said Father Michael Pfleger, St. Sabina Church.

Fr. Pfleger says while many residents still haven't forgiven the mayor for closing 50 schools, Emanuel took his biggest hit after the Laquan McDonald video was released.
And an increase in murders and shootings isn't helping the mayor's likability either, especially on the South and West sides.

"We can look at all the distractions of Lollapalooza, Ferris wheel, NFL. But at the end of the day, we still have a broken education system and violence is ruining the city," Pfleger said.

While violence and a broken school system is nothing new under Mayor Emanuel, some say the mayor's style is partially to blame for low approval ratings.

"There is a feeling like he is not really our mayor, he is the big shot's mayor, the elites downtown. He's not our mayor," said Laura Washington, ABC7 political analyst.

Washington said Emanuel could learn a thing or two from Chicago's two previous mayors, Richard M. Daley and Harold Washington. She says both were well-liked because they knew how to connect with all Chicagoans.

"Harold Washington spent so much time and energy in the neighborhoods with people. Every time you saw him in public, he was with folks - droves of folks around him. Rahm Emanuel always seems very isolated," Washington said

In response to the poll, mayoral spokesperson Adam Collins said the mayor's focus is on building on the progress made with generations-old issues in Chicago, from jobs to education to public safety.

The mayor did not hold any public events on Monday.