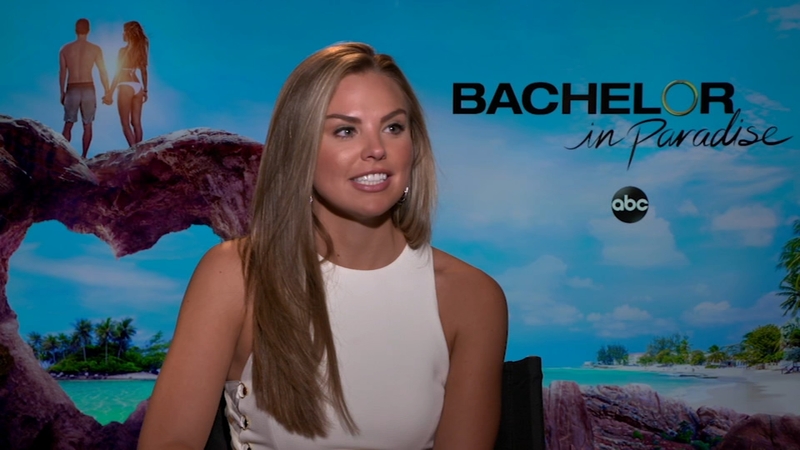 Social media is buzzing about former "Bachelorette" star Hannah Brown moving on from Bachelor Nation to the Ballroom.

ABC7's Janet Davies spoke with Brown about reality show stardom, and whether or not she's trading roses for dancing shoes.

Janet Davies: "How did you feel when you found out that you provided the best ratings for this franchise in two years?"

Brown: "Honestly, it really didn't surprise me, I knew a lot of people doubted me, but I'm good TV!"

It was a Bachelorette bombshell - when we found out Hannah dumped Jed just weeks after getting engaged because of his lies.

Davies: "What were your thoughts --" I got out of that," or murderous?"

Brown: "I have already had all the murderous thoughts prior...I've been mad, sad upset...now the world knows what I've been going through, I was able to close that chapter of my life and could move forward and I can wish Jed well as he continues to move forward in his life."

Davies: "Why do you think this show continues to keep people's attention?"

Brown: The drama is intoxicating and it's funny and it's a way to escape.

The cast for the new season of "Dancing With the Stars" will be announced Wednesday on Good Morning America... we're hearing that Hannah's reading to take a spin!

Davies: "Do you think you might dance on TV on an upcoming season of another show on ABC?"