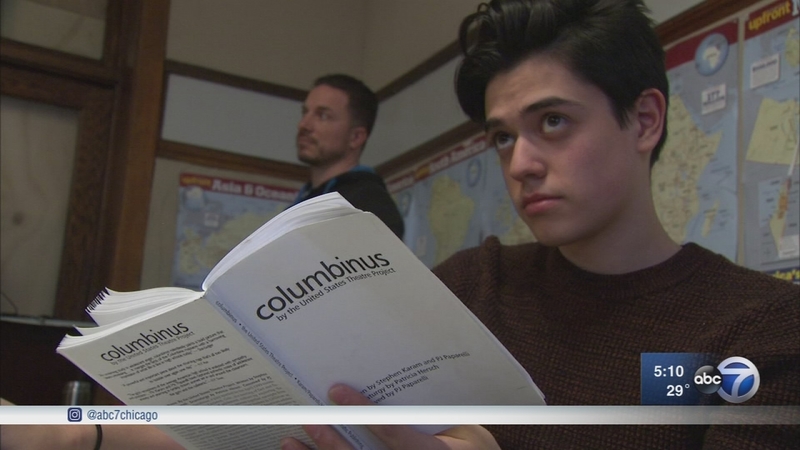 CHICAGO (WLS) -- Students at the Chicago Academy for the Arts are putting the final touches on their performance of "Columbinus," a play based on the deadly 1999 attack inside Columbine High School.

The show will open next week, just over a month after the shooting rampage at a Parkland, Florida, high school. The student-actors feel the timing makes their performance even more significant.

"I think that this play sheds light on different sides of school shootings and gives you more humanity in some characters," said Ali Kane, one of the actors.

The Columbine massacre occurred long before any of the students in "Columbinus" were born - but Ben Dicke, chair of the theatre department, said the subject matter resonated with the students nonetheless.

"They're always anxious to tackle material that speaks directly to their experience as high schoolers," Dicke said.

In addition to the topic of gun violence, "Columbinus" examines issues of alienation, hostility and social pressures in high school.

The play begins by introducing eight teenage archetypes, intermixing excerpts from discussions with parents and survivors of Columbine and even diary entries from the shooter as it progresses.

"They had some horrible minds and horrible thoughts running through their minds," said Ivan Jaramillo, who plays a "loner" character that evolves to become shooter Dylan Klebold.