Jimmy Kimmel presents the award for outstanding lead actor in a comedy series at the 2015 Primetime Emmy Awards. (Phil McCarten/Invision for the Television Academy/AP Images)

This year's Emmy Awards will be hosted by ABC's own Jimmy Kimmel, the late-night comedian announced Monday.

I am hosting the #Emmys on Sunday Sept 18. Until then, have a great summer.

Kimmel will take the stage at the Microsoft Theater in Los Angeles on Sept. 18.

"I have a feeling I'm going to be great," said the Jimmy Kimmel Live host, who also hosted the Emmys in 2012.

The award show will announce its nominees on July 14.

Kimmel is no stranger to awards shows. He's fresh off of hosting his 11th annual Jimmy Kimmel Live!: After The Oscars special last week. 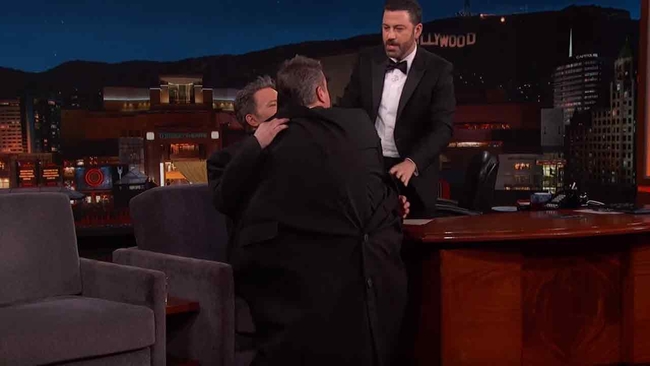