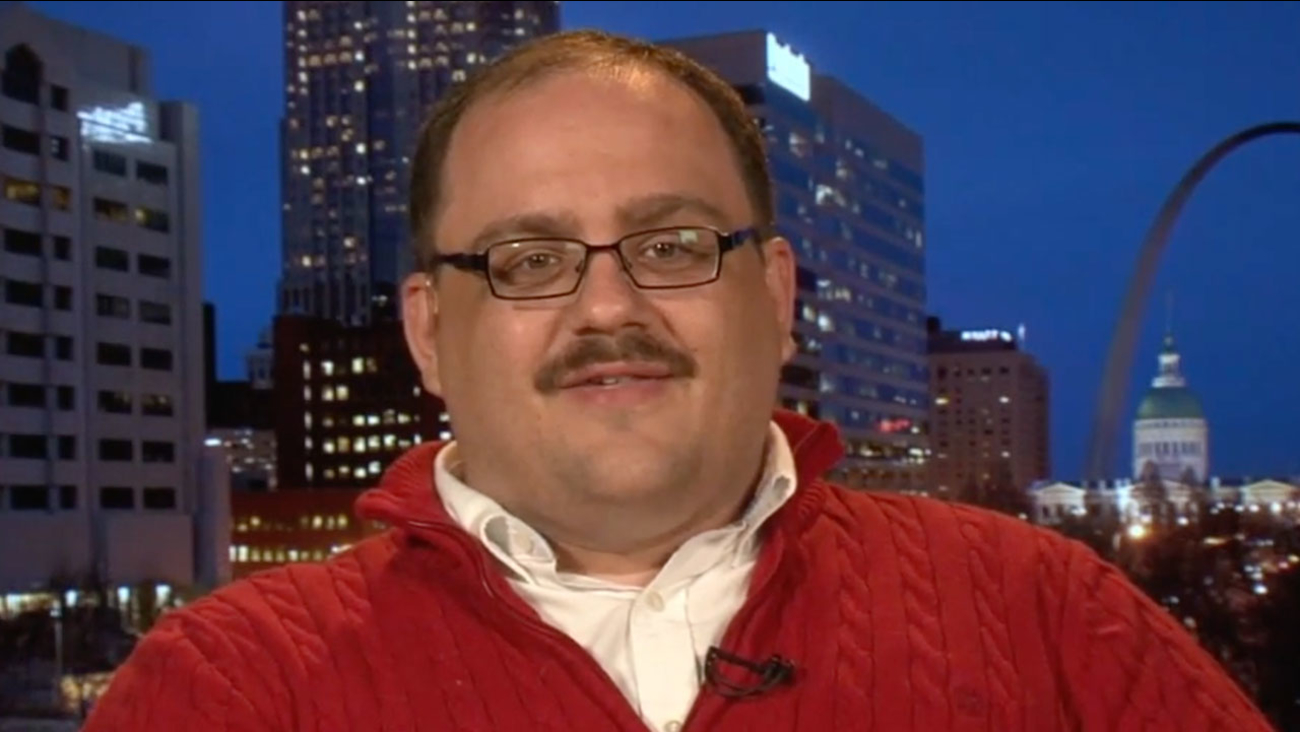 When undecided voter and internet sensation Ken Bone appeared on Jimmy Kimmel Live! on Monday, he wore his signature sweater and laid on the charm.

Bone gained fame overnight after he asked a question about energy policy and jobs during Sunday night's town hall-style presidential debate. His level-headed question, his "fantastic" name, and his outfit -- complete with glasses, khakis and a distinctive bright red sweater -- delighted social media users. The Illinois dad went from having seven Twitter followers to tens of thousands, and he even began engaging with his new fans.

On Jimmy Kimmel Live!, Bone was asked whether he knows how adorable he is. His response? "That's a definitive 'yes'."

Bone told the story of his "emergency wardrobe change" into the red sweater, and Kimmel suggested Bone should use his fame to get an endorsement deal with Lens Crafters or Kool-Aid to match his sweater. Bone, though, had a different idea.

"I was hoping for, maybe, do they still make mustache wax?" he asked. "I would have my own line."

Bone also talked about the fact that landed him a question at the debate in the first place: He doesn't yet know whose name he'll be choosing on the presidential ballot next month. He said his economic views are more in line with Donald Trump while some of his social views more closely align with Hillary Clinton. He added that negativity from both candidates doesn't help.

"Everybody doesn't like it that much, but I think I'm more undecided than I was before," Bone said. "I try to base most my decisions on positive things, and neither of them have given me many."