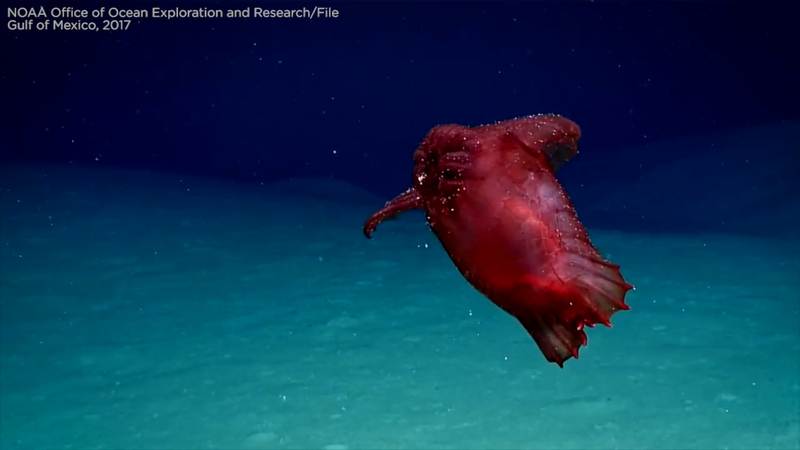 The animal, also nicknamed the "Spanish dancer" but known to the scientific community as Enypniastes eximia, was spotted in the Antarctic Ocean off of eastern Antarctica, according to the Australian government's Department of the Environment and Energy. E. eximia is a swimming sea cucumber that was first filmed in 2017 in the Gulf of Mexico and has never before been seen so far south, scientists said.

Unlike other sea cucumbers that are confined to the sea floor, creatures in the Enypniastes genus have developed webbed, veil-like body parts that allow them to swim up into the water column.

Researchers spotted the animal while developing underwater camera technology that will be used to monitor the impact commercial fisheries have on ecologically sensitive areas. The cameras are designed to operate under "extreme pressure in the pitch black for long periods of time," according to Australian Antarctic Division program leader Dr. Dirk Welsford.