eSight uses high-def camera to help those with blindness 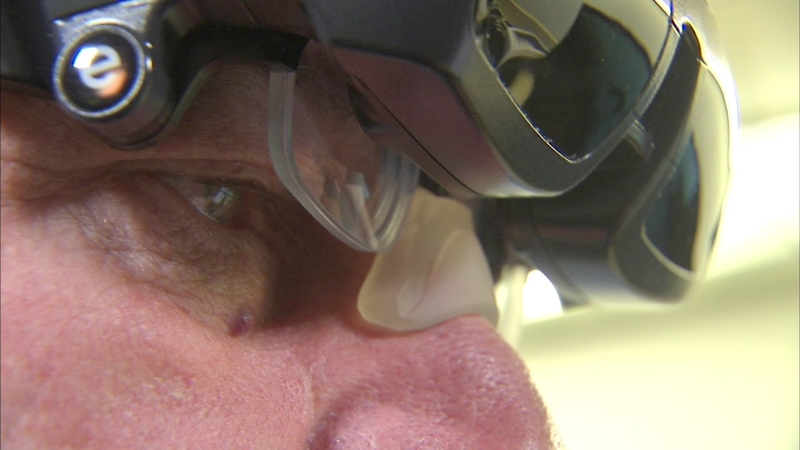 eSight uses hi-def camera to help those with blindness

CHICAGO (WLS) -- A new non-surgical device is giving some people a whole new view of the world: it's called eSight, and people who have tried them say they really work.

For 21-year-old Jacob Leopold, reading an eye chart is a harrowing feat. On his own, he can barely see the largest print.

But with the help of eSight, the college student's vision is significantly improved. He can even enjoy a Bulls game on TV.

The electronic glasses work with the help of a tiny hi-definition camera. It captures images, feeds them to a computer and then displays the enhanced video onto LED screens in front of the viewer's eyes. eSight is not for people who are totally blind.

"We are finding a better quality of life coming back to people who are just able to do the things around the house that they were missing out on. They're able to see their family members. They're able to go out and enjoy themselves or even find the cans of soup in the supermarket down on the bottom shelf," said Harry Williams, eSight eyewear.

The Chicago Lighthouse is the only place in the Midwest where people can try them out. Experts say people with central blind spots caused by macular degeneration or diabetes complications can greatly benefit.

"The blind spot would actually still be there inside a person's glasses and in their vision, but everything around the blind spot would be 10 times larger. Therefore the brain would make that blind spot seem ten times smaller," said Tom Perski, The Chicago Lighthouse.

eSight costs about $15,000 and most people have to pay out of pocket. The company says it often helps organize individual fundraising campaigns for those in need.