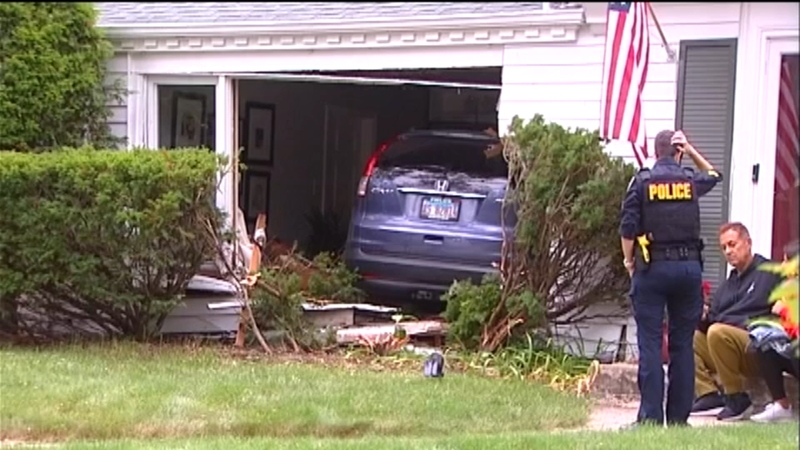 EVANSTON, Ill. (WLS) -- A driver lost control of their car and slammed into a house in Evanston Thursday, police said.

The car driving east struck the northbound car, causing the driver to lose control and crash into the home, police said. The car that caused the crash then fled the scene, according to police.

The home sustained structural damage, but no one was injured.

Police said the only description of the car that caused the crash is a gray or silver sedan. The Traffic Bureau is leading the investigation.