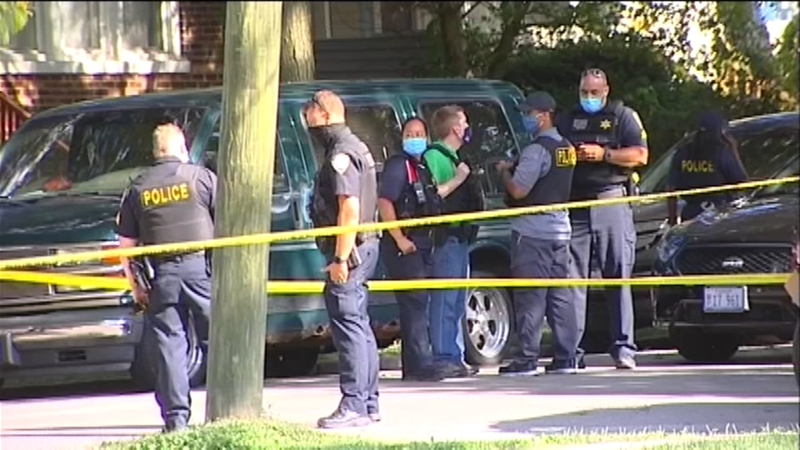 The latest shooting happened just after 3 p.m. Sunday, when police received a call of a reported shooting in the 1900-block of Hartrey Avenue, Police Chief Demitrous Cook said.

When emergency personnel arrived, they found a 30-year-old man who had been shot. He was transported to Evanston Hospital, where he was pronounced deceased, Cook said.

The man was attending a family barbecue at a home on Hartrey Avenue, police said.

Police said the shooter fled the scene on foot.

A 21-year-old man was fatally shot Saturday in Evanston, just a few blocks away.

Just after midnight, officers responded to a home in the 2200-block of Emerson Street for calls of a person shot, Evanston police said.

They found 21-year-old Deashawn Turner with gunshot wounds to his chest and arm, police said. He was taken to NorthShore University Hospital in Evanston for treatment but later died.

Police are looking for a man who was last seen wearing light-colored clothing running away from the scene of the shooting, police said.

Two people were killed just blocks apart in a pair of deadly Evanston shootings this weekend.

"We think they possibly may be connected. Detectives are currently looking to see if there is any connection between the two," Evanston police Sgt. Anthony Correa said.

Brian Carrion, 20, of Glenview was shot and killed early Thursday morning near the Howard Street CTA Red Line station on the border of Evanston and Chicago's Rogers Park neighborhood.

Two men were shot, one was killed, in a shooting early Thursday morning near a North Side CTA Red Line station.

Correa remarked on the three fatal shootings in a matter of days.

"We have been pretty lucky. Our violence had been low. Unfortunately it came in a bundle," he said.

The shootings remain unsolved, and with three investigations underway the police will need the public's help finding possible suspects.

"Anybody with information that will help us solve one and get to the next once. We would appreciate it," Correa said.

Police said there could have been more than one shooter involved in the latest homicide. They are working to gather more information from witnesses.