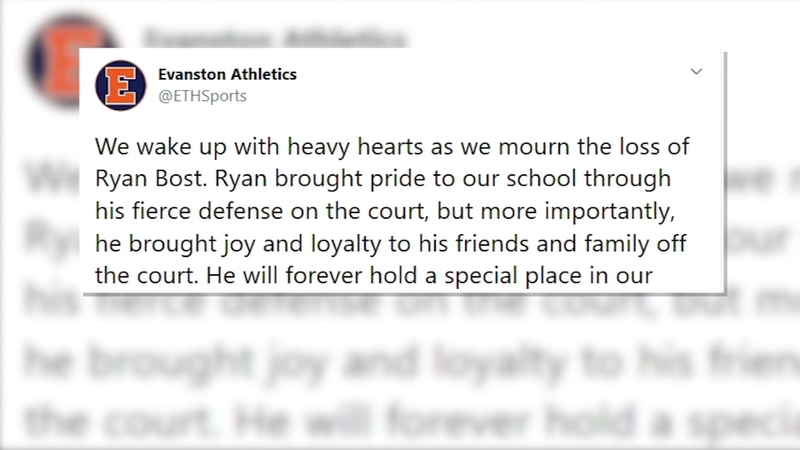 Police said 20-year-old Ryan Bost was sitting in his car Monday night when someone approached him and opened fire after an argument.

"Ryan brought pride to our school through his fierce defense on the court, but more importantly, he brought joy and loyalty to his friends and family off the court," Evanston Athletics tweeted.