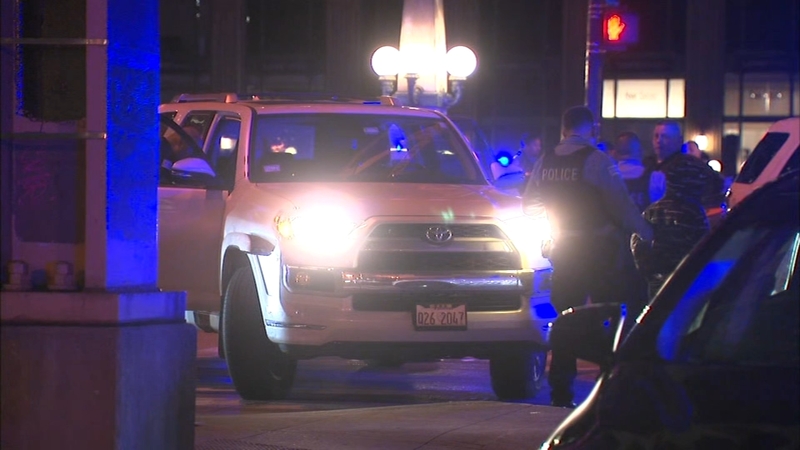 CHICAGO (WLS) -- Six people involved in an Evergreen Park carjacking were arrested Saturday night in Chicago's Loop, and five of them were children, CPD said.

Chicago police saw a white Toyota 4Runner about 8:35 p.m. in the 200-block of West Wacker Drive, which matched the description of a vehicle taken in a carjacking in Evergreen Park.

CPD tried to stop the vehicle, but it drove away. The stolen vehicle came to a stop after rear-ending another vehicle in traffic, Chicago police said.

Six male suspects, a 26-year-old man and five juveniles, tried to run away, but were taken into custody, according to CPD.

No one was hurt in the incident. Area Three detectives are investigating.