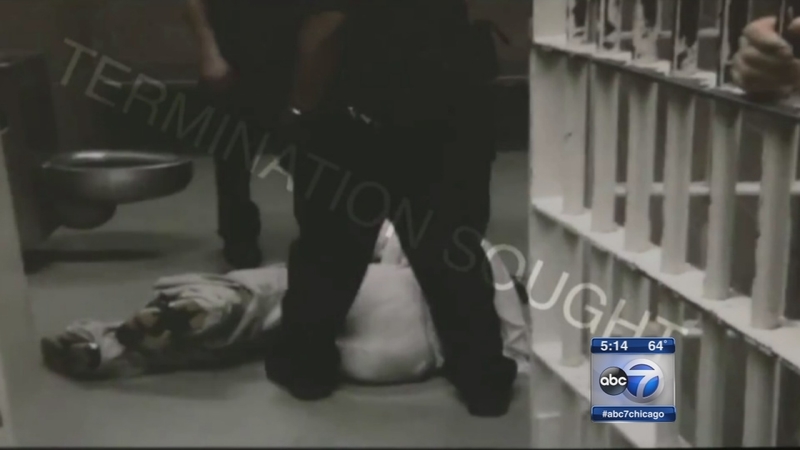 CHICAGO (WLS) -- Videos of six cases of excessive force inside the Cook County Jail in Chicago were released Friday.

The Cook County Sheriff's Department, which oversees the jail, released the video.

Thirteen corrections officers have been disciplined in the cases, including some who have been fired. However, others have been exonerated by the videos.

"They are very hard to look at," said Cara Smith, the chief policy officer at the Cook County Sheriff's Department. "I think any time you're looking at force or violence, it's troubling."

Cook County Jail has about 2,400 stationary cameras that monitor security and safety of the staff and detainees. The nation's largest single-site jail also uses body cameras and handheld cameras.

Becky Strzechowski, president of the Teamsters Local 700, which represents the jail's correctional officers, said the video release is political. She added that their jobs are dangerous and that force must sometimes be used, adding that there are cases of officers being injured when defending themselves.

In a statement, she said, in part: "Posting these videos on pubic websites is not only a violation of privacy of our officers....It's not a true outlook of what happens at the jail on a daily basis, which are only small clips of the entire alleged incidents."

"Transparency can be very uncomfortable," said Smith, adding "Despite how troubling they may be to view it's an important part of moving forward and regaining the trust of the community."

Strzechowski said that the union is appealing some of the cases.