WLS
By Hosea Sanders and and Sylvia Jones 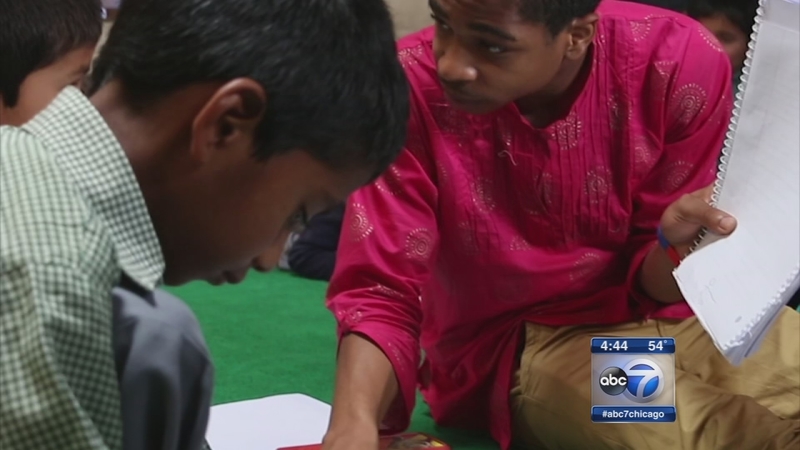 CHICAGO (WLS) -- The opportunity of a life-time: a chance for students to study abroad and bring those experiences back to their Chicago neighborhoods.

Students like Dominic Smith, a senior at Prep-Englewood High School, were chosen because of their strong leadership qualities for a program.

"Actually when I first told people I was going to India, there were like, 'You're going to India? You mean Indiana, right?'" Smith said.

He meant India. He was one of four Chicago students chosen to go to India and South Africa in an effort to develop multi-cultural young leaders through the Experiment Leadership Institute.

"We want to make sure that the leaders we need in the world today and tomorrow represent the reality of the U.S. And we know there is a lack of diversity in diplomacy in foreign affairs and studying abroad," Dr. Aaron Morehouse, executive director of Experiment in International Living, said.

Thirty students, including the four Chicagoans, in the United States of America participated in the six-week program. First, the group met with leaders in Washington, D.C. Next, they were off to either India or South Africa to learn about the people, culture and customs.

Khary Armster, a senior at Whitney Young, and Joseph Wilkerson, a senior at Urban Prep-West, went to South Africa.

"For example, I had to always shake an older person's hand the first time I met them. But the thing is, I couldn't really make eye contact with an elderly person or someone older than me," Armster said.

"In South Africa, I really did absorb the love and openness and the open-mindedness and progressive attitude and lack of judgmental characteristics of most everyone I met in South Africa," Wilkerson said.

Smith and Cameron Woods, a senior at St. Ignatius, went to India, where they saw first-hand the hardships faced by some of the people there.

"People were dying, literally day-in and day-out because no one was reaching out to these families and helping them get thru their strife," Woods said.

"It made me really appreciate my family and the kind of bond that we have at home. And also the things that we have like running water in the sink we can drink and it's safe for us to drink. And warm showers. We don't have to take bucket showers. It made me appreciate what I have," Smith said.

The students are now developing ideas to help their own communities based on what they learned overseas. Their trip was sponsored by the MacArthur Foundation in an effort to encourage minority youngsters be global leaders.

The Experiment Leadership Institute is now accepting applications for the next group take part in the program.