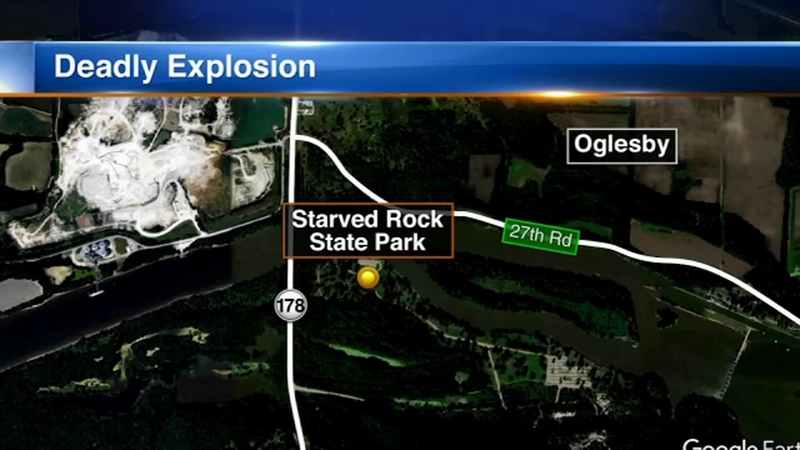 Several agencies, including Utica, state and conservation police, as well as the Kane County Bomb Squad and the FBI, responded to the south and west area of Route 178 bridge around 7 p.m. after reports of an explosion along the river bank.

When they arrived, they found three men dead due to injuries sustained from a blast, according to police.

Officials believe the men were fatally injured after igniting a type of black powder substance along an area near the river bank.

The incident is not related to the recent demolition of the old 178 bridge, according to officials.

The identities of the men have not yet been released and investigative autopsies are scheduled for Friday.

Police did not release any other information at this time but did say that this is an isolated incident and there is no concern for public safety.