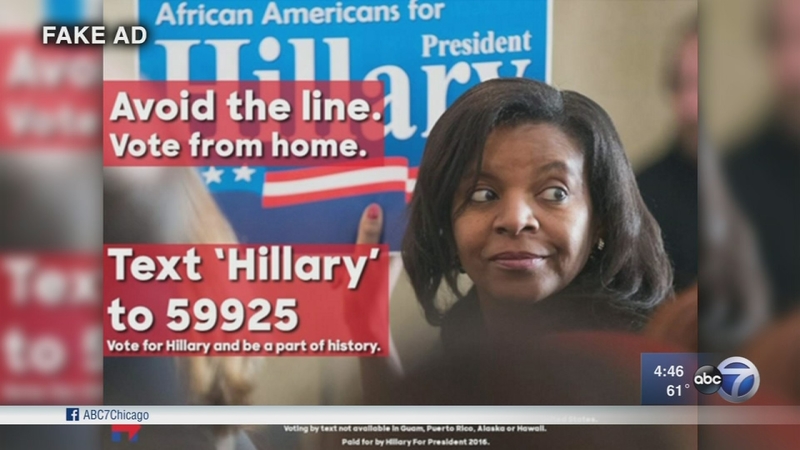 CHICAGO (WLS) -- Going to the polls to cast your ballot on Election Day is one of the foundations of democracy.

But on social media, some ads have suddenly appeared telling voters you can text your vote. One Chicago community organizer suddenly found herself in the middle of these false ads.

Chicago's Deborah Williams was stunned to find her picture tweeted out with the false ad: Avoid the line. Vote from home.

It's a message Williams says she would never give.

"It's racist," she said. "They think our people would think you don't have to go out to vote... an insult to our people."

Williams says the ad appears aimed at African-American voters, along with another in Spanish that appears directed toward Hispanic voters.

"Donald Trump does crazy things," said Pastor Ira Acree. "This is the lowest of the low."