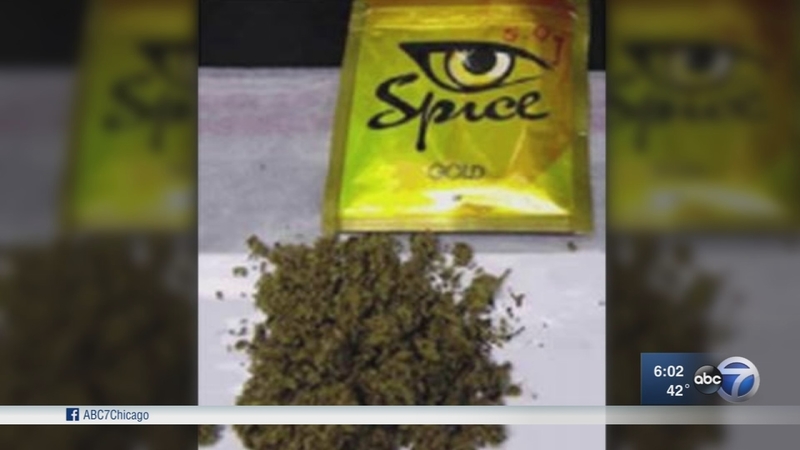 It's sometimes called fake marijuana - even though there is no marijuana in the products - that can cause uncontrollable bleeding from users' eyes, nose, gums and urine.

Federal prosecutors in Chicago on Monday charged Fouad Masoud, 48, and Jad Allah, 44 both from southwest suburban Justice and Adil Khan Mohammed, 44 of Chicago. The trio worked at King Mini Mart in the 1300 block of S. Kedzie where U.S. Drug Enforcement Administration agents say they made undercover buys of the synthetic cannabinoids known as "K2."

"The synthetic cannabinoids were packaged in sealed containers and labeled with such names as 'Matrix,' 'Blue Giant,' and 'Crazy Monkey'," federal agents said. "Preliminary testing of some of the cannabinoids purchased by the undercover officer revealed a detectable amount of brodifacoum, a toxic substance frequently used in rat poison."

Investigators said the men sold 50 to 60 packages of the drugs per day from the Lawndale convenience store. One of those arrested, Masoud, had $280,000 in his possession according to federal agents. All three are in the MCC-Chicago awaiting court hearings.

Synthetic drugs have lead to an uptick in hospitalizations due to severe bleeding in the Chicago area.

As of late Monday, Illinois public health officials have tallied 56 hospitalizations across the state from serious health problems associated with the drug use. Two people have died from ingesting the drugs.

Illinois public health investigators on Monday said that 17 of the emergency drug cases have been in Chicago and five in Cook County. There have been 10 additional cases in the collar counties and more than two dozen in downstate Illinois.

Investigators say the products are made from mind-altering chemicals sprayed on shredded dried plants and then vaporized by users-producing a marijuana-like high. When rat poison is one of the chemicals, the results can be lethal.

There are hundreds of differently name synthetic products---many sold on the internet as incense and often marketed to teenagers.

The drugs are a challenge for law enforcement and public health officials.