WLS
By Will Jones
CHICAGO (WLS) -- Thursday's unseasonable cold and snow led to dangerous falling ice Friday in downtown Chicago as the sun and slightly warmer temperatures caused a thaw.

Falling ice was reported near multiple high-rise buildings in downtown, including Willis Tower. One tourist visiting from Austria couldn't get out of the way in time.

"One crashed on my head," Sarah said.

Some said they were preparing themselves for what could be coming their way.

"We are waiting on it," said Lauren Meyer, visiting from North Carolina.

Police shut down Adams Street near Willis Tower, not allowing pedestrians or cars through due to the falling ice. Over at 875 North Michigan Avenue, formerly known as the Hancock Center, more warning signs were posted for pedestrians.

The falling ice, along with icy spots on the sidewalks, made getting around on foot Friday a little more challenging.

"I slipped. I am not going to lie," said Santiago Bettini, who slipped on ice. "It kind of hurt a little bit."

But Bettini said he was able to avoid hitting the ground.

This is just the beginning of what's to come for Chicagoans and brave visitors over the next several months.

"It is really cold, but we don't get this often," said Shannon Stephens, who is visiting from North Carolina. "We get it once a year in North Carolina."

"At the moment we have ten degrees Celsius in Austria," Sarah said. "Even if it's 10 degrees here in Celsius, it is kind of colder."
Report a correction or typo
Related topics:
chicagoloopwillis towerfalling ice
Copyright © 2020 WLS-TV. All Rights Reserved.
FALLING ICE 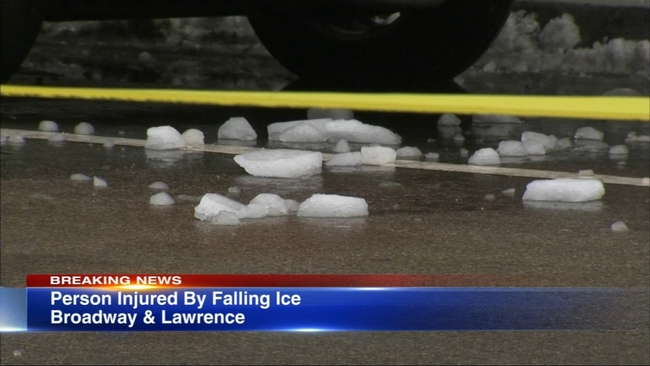 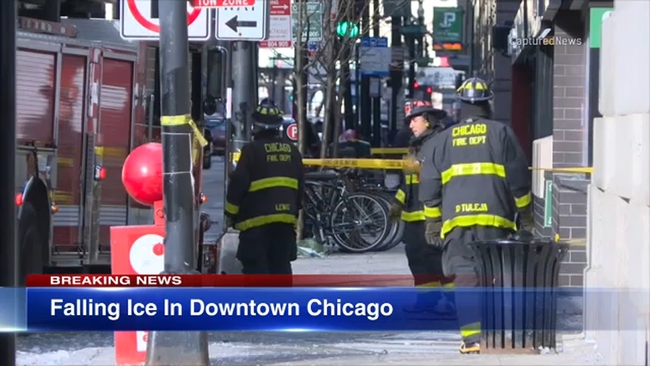