Missing toddler drives himself to county fair on toy tractor 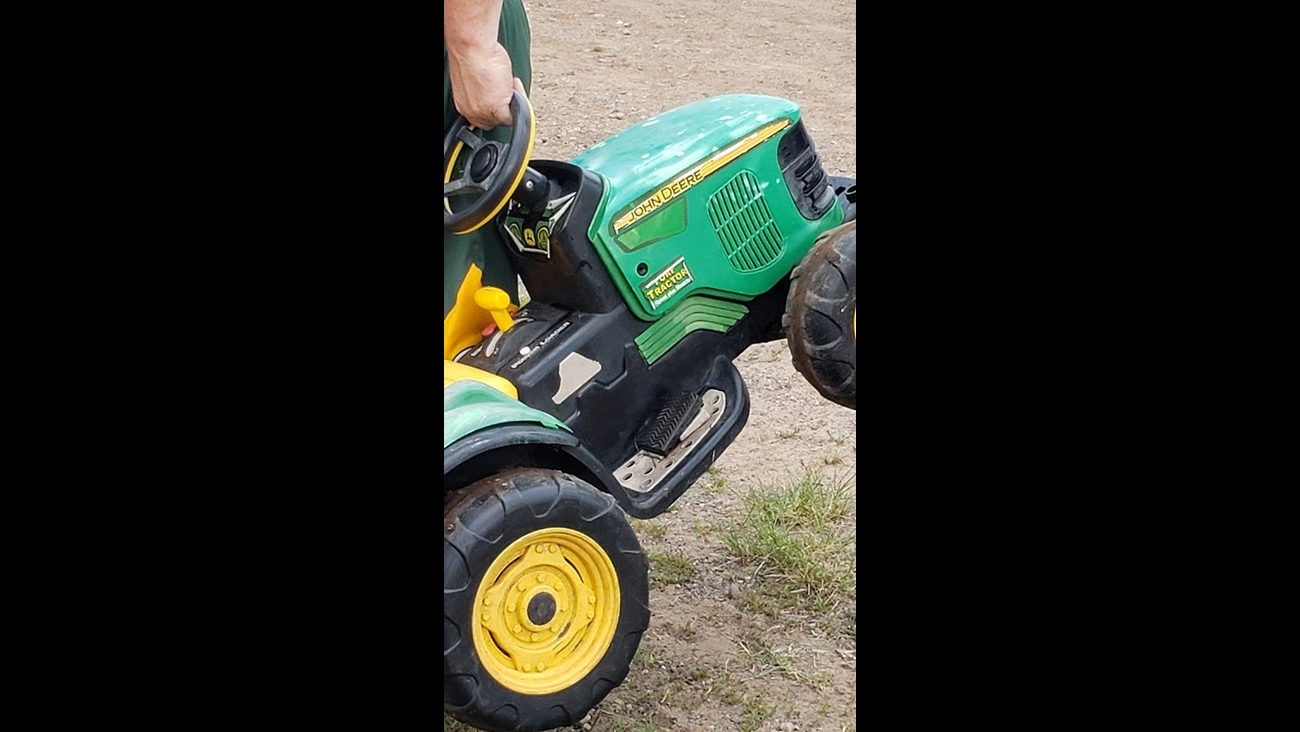 A missing toddler was found safe after officials discovered he'd gotten on his tractor toy and driven to the county fair. (Chisago County Sheriff's Office)

How far can a little one really go?

Well, one determined Minnesota 2-year-old got himself all the way down to the county fair, according to the Chisago County Sheriff's Office.

The sheriff's office received a call Friday night about a missing toddler, according to a Facebook post from the office.

But the determined tyke wasn't in danger -- he just decided he wasn't done at the fair.

The young boy hopped on his battery-powered John Deere toy tractor and drove it down the sidewalk to a back entrance of the festivities, according to CNN affiliate KMBC.

The journey was a little over a block, according to Sgt. Jason Foster.

Sheriff's deputies found him next to the Tilt-a-Whirl, his favorite ride, the station reported.

"He was reunited with dad," the sheriff's office said, "who promptly suspended his son's license by removing the battery from it."