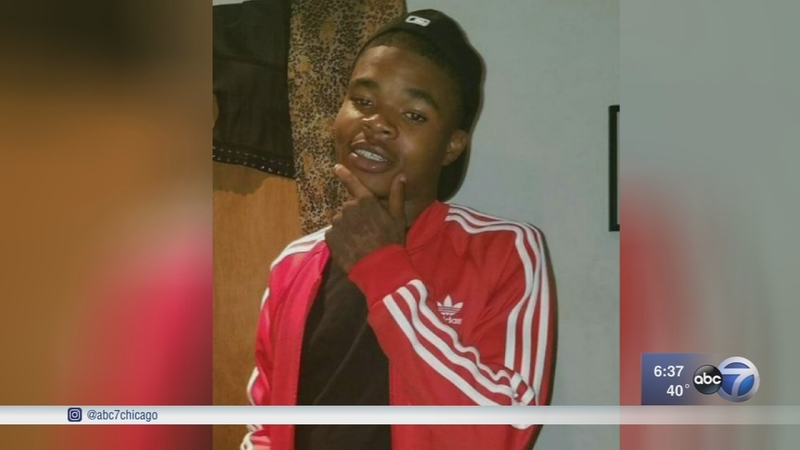 CHICAGO (WLS) -- The Chicago Police sergeant involved in the fatal shooting of 19-year-old Kajuan Raye has now been relieved of his police powers pending the completion of the Independent Police Review Authority's investigation.

The sergeant says Raye pointed a gun at him, but police have not found a weapon.

"Having been a police officer for 28 years, I know that this job is not easy and the decision to use force is extremely complex and must be made in seconds without the benefits of formal reviews and deliberations," said Supt. Johnson in a statement on Saturday.

"However, based on the little information we know at this point, I have concerns about this incident and feel this decision is in the best interest of the Department and the people of Chicago as we await a methodical and impartial investigation into exactly what transpired."

The teen was gunned down during a foot chase Wednesday in the city's West Englewood neighborhood. Investigators say the sergeant involved claims he opened fired after Raye pointed a gun his way. But days after the shooting, investigators have yet to locate that gun.

Johnson said that the missing gun and the medical examiner's findings weighed into his decision.

The sergeant, who had already been put on desk duty, will continue to be paid but have to turn in his weapon and badge. Relieving an officer of police powers is the most serious action the police department can take during an open investigation.

Police say the sergeant had given chase, thinking Raye matched the description of a battery suspect. Police say Raye was shot after the teen twice appeared to point a gun at the pursuing officer. But no gun had been found at shooting scene.

The medical examiner ruled the death as a homicide on Friday and said the 19-year-old was shot in the back.

Outside the 7th district police station on Saturday, activists gathered calling for change in policing in the black community.

"Why is it that this young man has to get shot in the back. Why is it that there hasn't been a gun that has been produced," said Pastor Gregg Greer of the Southern Christian Leadership Conference.

Dozens of family member and supporters gathered Friday near the scene of the shooting to remember Raye's life and call for justice.

The family of Kajuan Raye, the 19-year-old man shot and killed by police on Wednesday night, held a vigil Friday evening near the scene of the shooting.

Attorney Jay Payne told the Sun-Times Friday he is representing the family and planned to file a civil rights lawsuit in U.S. District Court on Monday against the CPD and the sergeant who shot Raye.