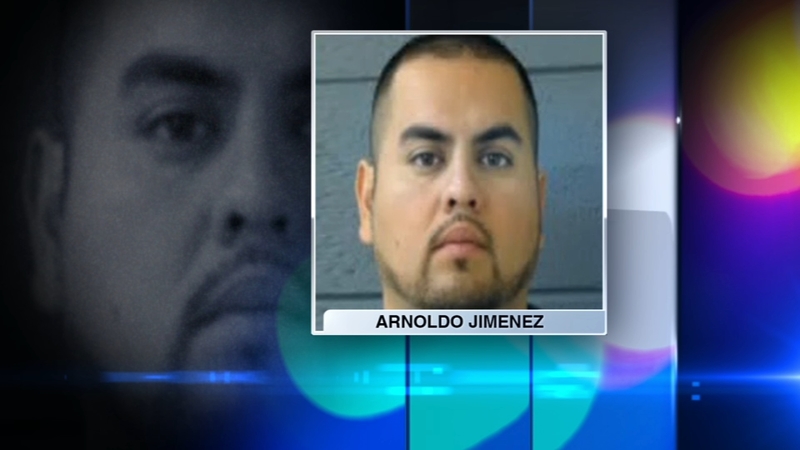 CHICAGO (WLS) -- After the bride was found dead hours after her wedding, the new groom, Arnoldo Jimenez, was gone. Now the FBI wants to find him, adding his name to their 10 Most Wanted Fugitives List this week.

"I am looking at you now Arnoldo Jimenez. With a $100,000 reward on your head, and with the FBI's 10 Most Wanted List you will have very few friends," said Jeff Sallet, Chicago's FBI special agent in charge.

The FBI is now offering the reward to anyone who has information that leads to Jimenez's arrest. Authorities said he may have fled to Durango, Mexico, or could be staying in the southwest part of the United States as well.

Estrella Carrera, Jimenez's wife, was still wearing a silver cocktail dress from her wedding celebration when police found her body on Sunday, May 12, 2012. Her family had been watching her two children and reported her missing when she never picked them up.

"She was a loving daughter, sister, friend, and above all, a great mother. Her children need justice for their mommy," Jazmin Carrera said. "They shouldn't be spending Mother's Day at a mass dedicated to her and sending flowers to the cemetery."

Mother's Day will mark the seven-year anniversary since Carrera was killed. Her son with Jimenez is now 9 years old, and her daughter from a previous relationship is 16 years old.

"It is a horrific incident that the anniversary is coming up on Mother's Day and they have to explain to the children what happened to mom," said Chief Richard Shore of the Burbank Police Department.

Burbank Police found her body in the bathtub of her condo. Authorities said Jimenez stabbed her to death in his black, four-door Maserati, and then dragged her body into her condo.

Jimenez and Carrera got married on Friday, May 11, at City Hall in Chicago. Although they were celebrating the occasion, authorities said the two had a volatile relationship.