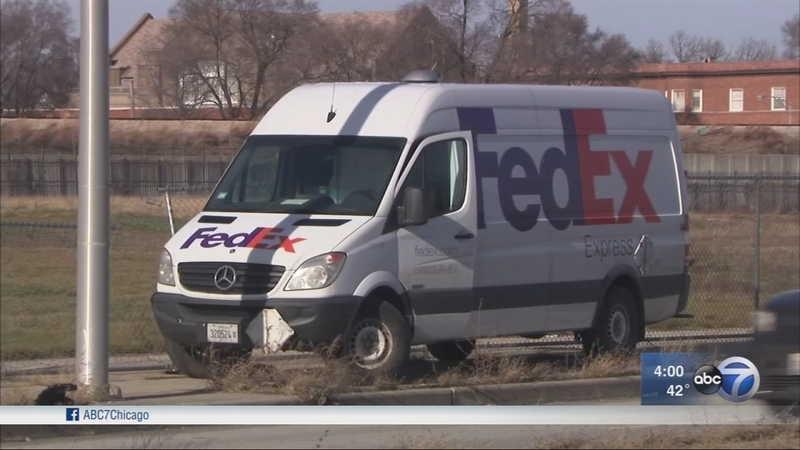 CHICAGO (WLS) -- A FedEx truck was stolen and then crashed after a police chase Wednesday morning on the South Side, police said.

A 15-year-old boy is in custody in connection with the incident.

No one was seriously injured in the robbery or crash, but is part of a string of delivery truck robberies this holiday season. In most cases, the trucks are found a short distance away, with most of the packages missing.

At about 9:15 a.m., a 46-year-old female FedEx driver was making deliveries in the 7500-block of South Green Street when a car with the two male offenders parked alongside her. One of the individuals got out of the car and showed a gun, prompting the driver to toss him the keys.

The offender drove away with the delivery truck.

The 15-year-old boy was transported in good condition with injuries sustained in the crash. The driver of the sedan was not injured.

In a statement, FedEx said: The safety and security of our team members is always a priority. We are grateful that no one was seriously injured in this incident.

In a separate incident on Wednesday, a mail truck driver was robbed at about 11 a.m. Wednesday near 80th and Saginaw on the South Side, police said. The 40-year-old woman was approached by a man wearing a ski mask and holding a gun. The man took two packages from her truck and ran away. No one was in custody Wednesday afternoon.

On Dec. 2, a UPS driver was held up at gunpoint on the 850- block of South Prairie in city's Chatham neighborhood. That same day, a FedEx truck was stolen near 73rd Street and Cottage Grove on the South Side.

On Dec. 19, a FedEx truck was taken by gunpoint at West 51st Street and South Shields Avenue on the South Side.