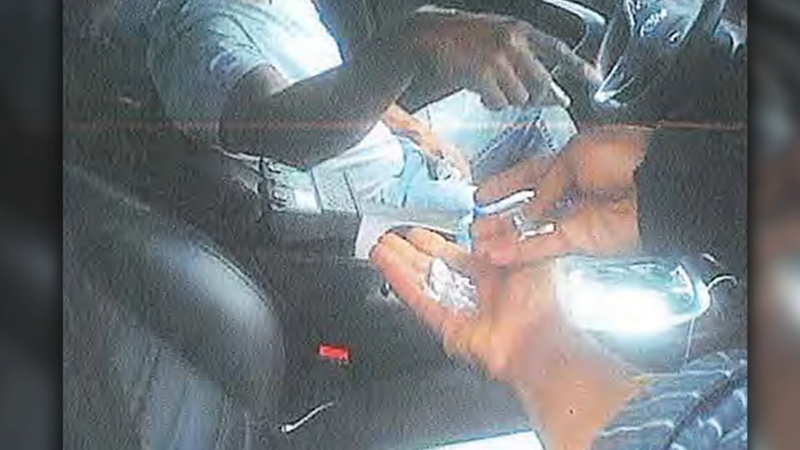 An apparent leader of the open air drug markets, 27 year old Alejandro Junco, is known on the street as "Rockstar" according to federal investigators.

Many of the alleged heroin and fentanyl purchases were by informants working undercover for law enforcement agencies, deals that prosecutors say were secretly recorded by the operatives.

In an unusual tactic by federal attorneys, who typically say they are barred by Justice Department rules from releasing photographs of arrestees, screen grabs of the undercover videos appear in the complaints against seven men charged by the United States.

Another 22 drug suspects were charged by Cook County authorities on Monday. The alleged drug buys took place during a several month span this summer, from the far south side of Chicago to well known West Side open-air markets and in Humboldt Park.

Only three of the suspects being charged in Cook County have been arrested, according to a spokesperson for the Cook County State's Attorney's Office.

"The remaining 19 individuals have not yet been arrested, but will be charged with 27 deliveries (combined) of heroin/fentanyl, and/or heroin and/or cocaine" said state's attorney spokesperson Tandra Simonton.

Some of the federal defendants were scheduled to appear in court on Monday afternoon.

According to the federal complaints:

- Anthony McClendon, 38, of Chicago, sold more than three grams of pure fentanyl to an undercover officer on May 18, 2018. The deal allegedly occurred on the street in the 1000-block of South Western Avenue in Chicago.

- Antron Binion, 48, of Chicago, sold at least four grams of fentanyl-laced heroin over five separate deals this summer, the complaint states. The deals allegedly occurred at various locations in Chicago's West Garfield Park neighborhood, including a transaction on a ramp leading to a pedestrian bridge over the Dwight D. Eisenhower Expressway.

- Vance Estes, 34, of Chicago, sold more than a gram of fentanyl-laced heroin and more than a gram of heroin in two separate deals in July, the complaint states. The deals allegedly occurred as Estes sat in his vehicle in the 9100 block of South Wabash Avenue in Chicago.

- Alejandro Junco, 27, of Chicago, also sold distribution levels of fentanyl-laced heroin in the same block in July, the complaint states.

- James Alexander, 34, of Chicago, was approached by federal undercover officers on a west side street. He allegedly sold them fentanyl-infused heroin in a deal secretly recorded by authorities.

- Kenyon Savage, 24 of Chicago, sold officers fentanyl-laced heroin at the corner of Augusta and Avers streets, investigators say. The alleged deal was recorded on undercover video and audio devices.

"These arrests help tackle our city's most serious drug threat - fentanyl," said DEA Special Agent-in-Charge McKnight in a statement released by the justice department. "For those who want to put poison on our streets, we are not done with you."