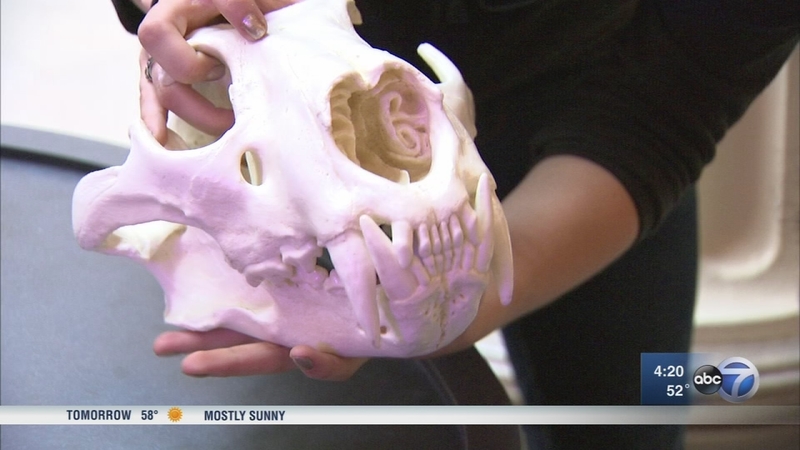 CHICAGO (WLS) -- The Field Museum has over 30 million artifacts in its possession but less than 1 percent of those objects are on display. However, more and more of those hidden objects are coming into view.

The museum is rolling out a new exhibit. Five carts, loaded with fossils and bones and anything else that can grab the attention of visitors, were literally rolled out as part of something called the Grainger Science Hub.

"Visitors will get to touch things. Nothings behind glass and they get to interact with the specimens and have an experience instead of just viewing things behind the glass," said Aimee Davis, of the Grainger Science Hub.

The new moving classrooms exhibit opens Friday and will roll on indefinitely.

A test run was held Tuesday morning in the museum's main hall.

One student thought it was really cool, noting that it was better than a book "because you can touch the bones and you get to see things."

Volunteers and educators accompany all the carts to answer questions.

"The visitors came flocking to them which was great," Davis said.

There is also a new learning center in the Grainger Science Hub, which will be staffed with scientists to answers questions about the world around us. Right now, there's a giant shark fin that museum DNA has proven to be from a whale shark.

Besides that giant shark fin, there is a rock from western Australia. Inside the rock are crystals that are so old the human mind just can't comprehend.