CHICAGO (WLS) -- Police in Broward County, Florida on Wednesday night were holding a 19 year old man after they say he opened fire on his former high school with an assault-style rifle, killing 17 people and wounded nearly as many.

High school students were seen running for their lives and now one of them says "everyone predicted it," that their former classmate Nikolas Cruz would someday do what police say he did: open fire inside and outside Stoneman-Douglas High School northwest of Fort Lauderdale.

WATCH: Student at Florida school says 'everyone predicted this'


Social media video puts on display the horrifying sounds of an attack that did not surprise some students and teachers, who say Cruz was a loner, a weapons fanatic and a well-known threat.

Hospital officials said a total of 17 victims were transported to Broward Health system-wide, as was Cruz. He was treated at Broward Health North and then released to police.

One student and former classmate of Cruz' said "He knows the school layout. He knows where everyone would be at as of right now. He's been at the fire drills. He's prepared for this stuff."

When Cruz was a student at Stoneman Douglas he was caught with bullet fragments in his backpack, and the school barred him from carrying a backpack. Eventually school officials expelled him for disciplinary reasons. Wednesday night law enforcement sources said that during the shooting attack Cruz put on a gas mask, pulled a fire alarm and when people starting evacuating he set off smoke grenades and shot through the fog.

Suspect Nikolaus Cruz is taken into custody following a shooting at a Florida high school.

Investigators say he used an AR-15, military style assault rifle and came packing multiple magazines of ammunition. That is the same type of weapon used in numerous mass shootings, including the Sandy Hook school attack in Newtown, Connecticut in 2012. Wednesday's shooting was the deadliest school attack since Newtown.

Broward County sheriff's officials said in Wednesday's attack 12 of the dead were found inside the school, two were shot and killed outside the building and one was killed on a nearby road. Two additional victims died at hospitals. The casualties were students and school staff.

Some of those still hospitalized were reported in critical condition.

Cruz managed to get away by running out of the building with escaping students, investigators said.

A student Stoneman Douglas High School in Parkland, Florida, talks about seeing her teacher get shot during an active shooter situation.

An hour later and a mile away he was spotted by police and arrested.

"We've already began to dissect his web sites and things that social media he was on and some of the things that come to mind are very, very disturbing," said Broward County Sheriff Scott Israel.

An Instagram account, which several students told the Miami Herald belonged to Cruz, is among those social media accounts obtained by police before it was taken down. It shows Cruz's apparent fixation with knives and guns and at the bottom of the page are Allahu Akbar quotes, often said as a battle cry by Jihadists right before attacks.

Federal investigators said they do not believe the shooting was connected to terrorism.

Student Daniel Huerfano said he recognized Cruz from one of the Instagram photos in which Cruz had posed with a gun in front of his face. He recalled that Cruz was shy when he attended the school and remembered seeing him walk around with his lunch bag.

Cruz "was that weird kid that you see, like a loner," he said.

A family member told ABC News that Cruz was the adopted son of Roger and Lynda Cruz. He has a younger brother, and both of his parents are now deceased. The family member said Lynda Cruz died last year.

Cruz reportedly worked at a nearby Dollar Tree store. Employees told ABC News they are "shocked" by his actions, and described him as loyal and responsible, saying he "would arrive to work a half hour early."

The Dollar Tree manager said Cruz was transferred from the store near the school to a different Dollar Tree, but he did not remember the reason why. He described Cruz as a nice kid who was always in a good mood. 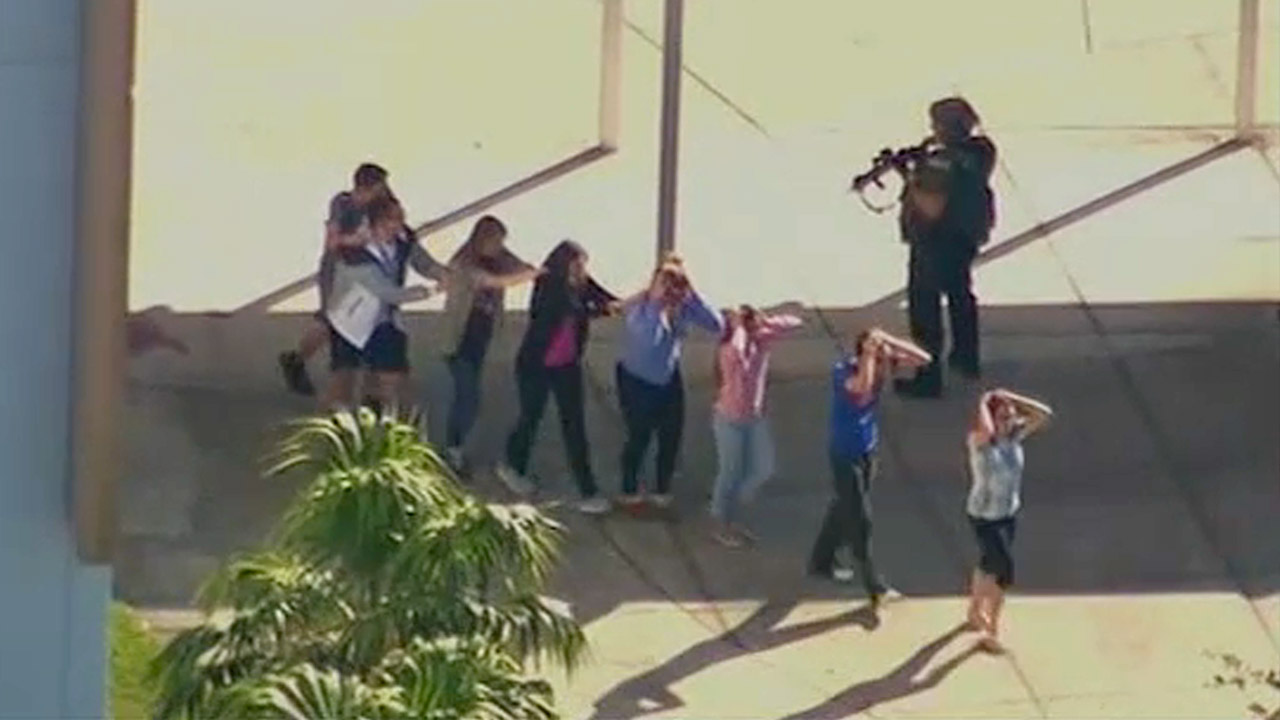 As investigators work to understand the attack here and whether it could have been prevented-on Wednesday night Florida Governor Rick Scott asked and answered the question on everyone's mind.

"How could this ever happen in this country?" Gov. Scott wondered. "You come to the conclusion that this is just absolutely pure evil."

"It is a horrific situation," said Robert Runcie, superintendent of Broward Public Schools. The high school where today's shooting occurred is located northwest of Fort Lauderdale and west of the Florida Turnpike.

"It is a horrible day for us," Runcie said.

Runcie was formerly a top administrator for Chicago Public Schools until he left to serve as the superintendent of Broward County Schools in in 2011. He served as chief area officer and chief administrative officer for CPS and was appointed the Board of Education's chief of staff.

The Broward high school had just over 3,100 students in the 2016-2017 academic year, according to the National Center for Education Statistics. Major streets run along two sides and an expressway passes nearby on the other not far from a residential neighborhood of single-family homes.

Chicago Cubs first baseman Anthony Rizzo has raised money for the school in the past, and the baseball field was renamed in his honor. He tweeted his condolences Wednesday.

Parkland and Coral Springs please stay strong! This is out of control and and our country is in desperate need for change. I hope In this darkest of times back home this brings everyone together and we can find love. You’re all in my prayers 🙏🏻🙏🏻

White House deputy press secretary Lindsay Walters said in a statement, "The president has been made aware of the school shooting in Florida. We are monitoring the situation. Our thoughts and prayers are with those affected."

Sen. Marco Rubio of Florida says he is "devastated and saddened" by the deadly shooting attack on a high school in his state.

The Republican senator says he remains ready to assist state and local officials and "anyone impacted by this horrible tragedy." He also said in his statement Wednesday that he hopes authorities can find out in coming hours and days more about why and how the killer "carried out this carnage."

Congresswoman Debbie Wasserman-Schultz of Florida has also issued condolences. The democrat called the attack in Parkland, Florida, "another senseless school shooting ... this time in our community."

The Democrat from Arizona was shot in the head and survived a shooting attack in 2011.

She said in a statement Wednesday that her heart goes out to the victims and survivors of the school shooting that claimed 17 lives in Parkland, Florida. She called it the latest attack in an epidemic of gun violence that continues "days after deadly day."

She also says in a statement that the latest in a series of deadly U.S. shootings should stir fresh resolve in Congress to "find the courage to pass the laws we need to protect our children."

When Caesar Figueroa got to the Florida school to check on his 16-year-old daughter, he saw police officers wielding guns as they approached the campus.

"My wife called me that there was an active shooter, and the school was on lockdown. I got on the road and saw helicopters. ... It was crazy and my daughter wasn't answering her phone." She finally texted him that she was inside a closet with friends. 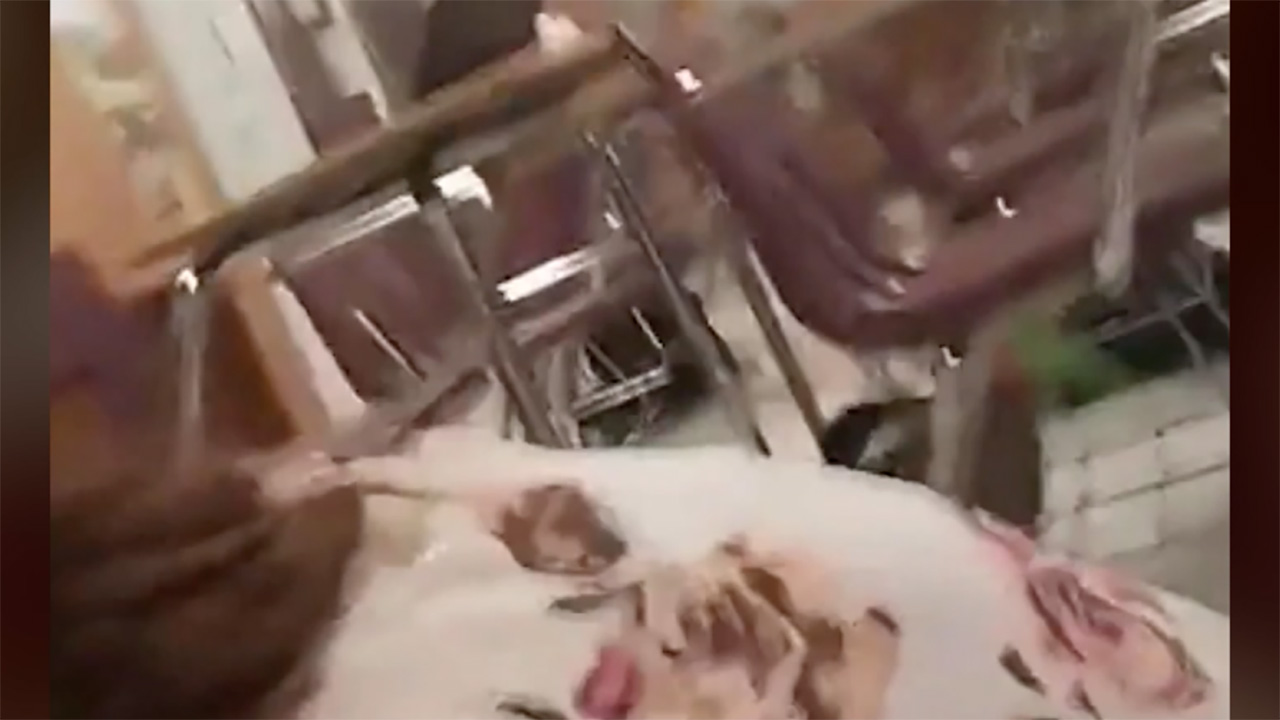 Len Murray's 17-year-old son, a junior at the school, sent his parents a chilling text: "Mom and Dad, there have been shots fired on campus at school. There are police sirens outside. I'm in the auditorium and the doors are locked."

Murray said he raced to the school only to be stopped by authorities under a highway overpass within view of the school buildings. He said he told his son to save his battery and stop texting. The boy's mother told him to turn off his ringer.

The high school was to be closed for the rest of the week.

Before Cruz was expelled from Stoneman-Douglas High School, as a freshman, he is said to have been part of the U.S. military-sponsored Junior Reserve Officers' Training Corp at the school. One fellow-Junior ROTC member said she recalls Cruz' "strange talking sometimes about knives and guns," but that "no one ever took him seriously."