Floyd family will seek civil lawsuit against Chauvin, other 3 officers 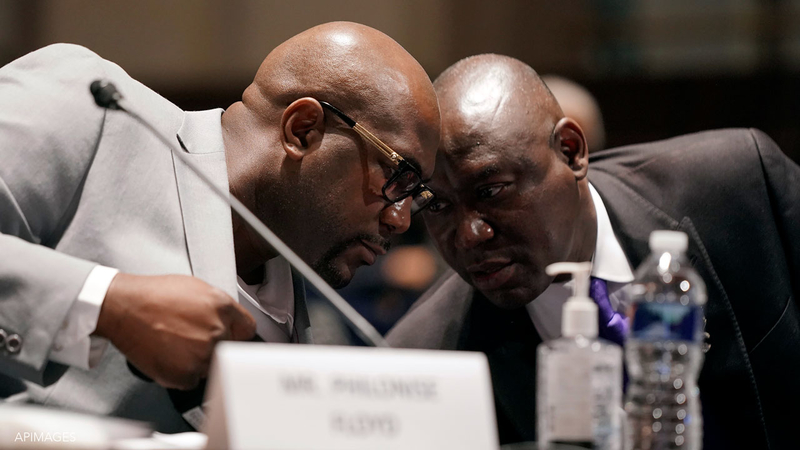 Protests continue as reforms happen across the country

An attorney for the family of George Floyd confirmed to ABC News Saturday that Floyd's family intends on filing a civil lawsuit against "everybody" involved in the man's death.

In an interview with CNN, Benjamin Crump said the family plans to sue former Minneapolis police officer Derek Chauvin and the other three officers who were there the day Floyd died in police custody.

Crump was reacting to a question from CNN's Victor Blackwell about Chauvin's pension benefits that could be worth up to $1 million, despite a murder charge.

"The family intends on holding Derek Chauvin fully accountable in every aspect, criminal and civil, for the wrongful death of George Floyd," Crump said. "When you consider that he still may be eligible for this pension. Well, that suggests, Victor, that the system is all wrong."

Chauvin was caught on video pressing his knee to Floyd's neck and now must defend himself against an accusation of second-degree murder. The three other officers at the scene, Thomas Lane, J. Kueng, and Tou Thao - were charged for the first time with aiding and abetting second-degree murder and second-degree manslaughter.

All four were fired from the Minneapolis Police Department. If convicted, they could be sentenced to up to four decades in prison.

The murder charges against the four police officers involved in George Floyd's death present rare instances of officers being held legally responsible for their actions. Now state lawmakers around the country want to make it easier to do.

In the days since protests rocked cities across the U.S., lawmakers and other elected officials have introduced proposals to take such charging decisions away from local prosecutors, eliminate officers' wide immunity from lawsuits and make the relationship between prosecutors and police less cozy.

Police fatally shoot about 1,000 people each year across the country, according to a Washington Post database. Since the beginning of 2005, 110 non-federal law enforcement officers have been arrested on murder or manslaughter charges resulting from on-duty shootings. Five were convicted of murder and 22 of manslaughter, said Philip Stinson, a criminal justice professor at Bowling Green State University who maintains a database of cases.

"When there is a fatal shooting by a police officer ... investigators seem to start with the assumption that the shooting by the officer was legally justified," said Stinson, a former officer. "As a result, the investigations are often incomplete and inadequate, making it difficult for prosecutors to successfully prosecute."

Initiatives introduced in several states would put the state attorney general's office in charge of investigating and, if warranted, prosecuting officers accused of wrongdoing.

In Oregon, the Legislature's People of Color Caucus is seeking the legislation, which would apply to any death or serious injury caused by police. Democratic House Speaker Tina Kotek said she supports the proposal.

Some advocates point to recent fatal shootings of black men by law enforcement in Sacramento, California's capital, as a reason to seek change.

Stephon Clark was killed in 2018 while holding a cellphone. Police said they thought it was a gun. Officers tried to run down Joseph Mann with a squad car and then gunned him down in 2016 after he brandished a pocket knife. Sacramento County sheriff's deputies killed Mikel McIntyre in 2017, firing at him more than two dozen times as he ran along a highway after hitting a deputy in the head with a rock.

No charges were filed in any of those cases, leading to criticism that Sacramento County District Attorney Anne Marie Schubert was too close with law enforcement.

To eliminate even the appearance of a conflict of interest, three district attorneys and a former one in California urged the state bar association to prohibit elected prosecutors or candidates for the job from accepting campaign donations or other political support from law enforcement unions.

"Such a rule change will not only help to avoid conflicts and ensure independence on the part of elected prosecutors, it will also enhance trust in our criminal justice system at a time when it is sorely needed," they wrote.

Taking his own initiative, and invoking Floyd's name, a district attorney in Oregon said he will no longer seek or accept donations or endorsements from law enforcement unions, law enforcement officers and defense attorneys.

"Let's make our criminal justice system what we know it should be," Deschutes County District Attorney John Hummel said on the grounds of the county courthouse. Days earlier, hundreds of demonstrators had gathered there to call for policing reforms.

Most of those pushing for reforms are Democrats, but some Republicans have offered support or even spearheaded changes.

Arizona's Republican attorney general called for all police shootings or excessive-force allegations to be investigated by an outside agency such as his office, as California and New York currently do. In a letter to Republican Gov. Doug Ducey and GOP House and Senate leaders, Mark Brnovich said he hoped Floyd's death would "serve as a catalyst for positive reforms."

The Arizona Legislature's minority Democrats asked the governor to hold a special session to enact reforms. In Georgia, another Republican-ruled state, Democrats in the state Senate want to require a special prosecutor to handle investigations involving police officers.

In Colorado this past week, the Legislature overwhelmingly approved a bill that, among other things, would seek to prevent officers from lying under oath. False police testimony has become so common in some jurisdictions that it has spawned a nickname - "testilying."

If the bill becomes law, an officer could not testify in court about events not recorded by a body camera. Jurors considering a misconduct lawsuit would be allowed to assume that the failure to record an incident was intended to hide wrongdoing.

Republican Sen. Larry Crowder said law enforcement concerns in his rural Colorado district focused on the cost of saving footage from body cameras, but he said small-town America "is not excused from this situation."

"The reality is we've lost too many citizens. Something needs to be done," Crowder said.

On the national level, at least two bills in Congress would end qualified immunity, a legal doctrine that makes successfully filing a lawsuit against an officer almost impossible. Lawmakers in Arizona, Colorado and Georgia also have introduced proposals seeking to eliminate it.

Qualified immunity caused a lawsuit to be dismissed against an officer in Georgia who fired at a family dog but instead shot and wounded a child. It was cited in the rejection of a lawsuit against three Fresno, California, police officers accused of stealing almost $250,000 from owners of a business.

Some police advocates complain that law enforcement officers are being unjustly vilified, when millions of arrests and other interactions occur peacefully each year.

Lance LoRusso, an attorney in Atlanta who has defended almost 100 officers involved in shootings, said the current push to make it easier to hold officers legally accountable endangers the public because police will hesitate to act out of fear of being criminally charged or sued.

"More importantly, it's going to be a danger to the public if people just stop becoming law enforcement officers," he said.