Flu activity high in Chicago area; flu season on track to be one of worst in decades, experts warn 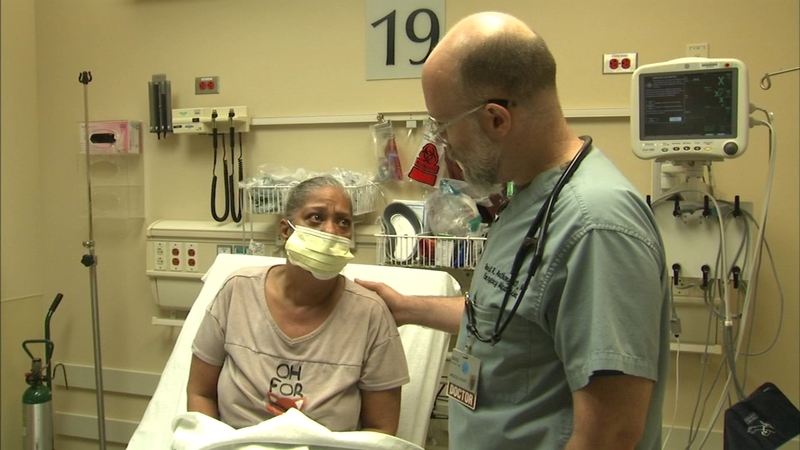 Flu season on track to be one of worst in decades, experts warn

CHICAGO (WLS) -- The 2020 flu season is on track to be one of the worst in decades, and doctors are seeing a spike in emergency room visits. Flu activity is currently high in the Chicago area and across the nation.

The number of reported cases of the flu increased sharply right after Christmas, and the numbers are continuing to rise. Hospital emergency rooms are being flooded with patients who are coughing and sneezing and feeling awful.

WATCH: Is it too late to get a flu shot?
EMBED More News Videos

It's never too late to get a flu shot! ABC7's Stacey Baca shows there's nothing to be afraid of.

Elizabeth Vega, 47, is miserable. Severe flu symptoms left her no alternative but to come to the emergency room at West Suburban Hospital for help.

WATCH: How to protect yourself from the flu
EMBED More News Videos

Doctor Sharon Welbel joined ABC7 to talk about the flu and how you can protect yourself.

She is not alone. Hospitals throughout the Chicago area are reporting a big surge in flu cases coming through emergency rooms for the last few weeks. It is traditionally a peak time for the flu, during and right after the holidays. The virus could spread even more quickly now that many kids are back in school, but there are things you can do to help prevent spreading germs.

"Staying home, making sure you're washing your hands, covering your coughs into your arm, not into your hand, and then trying to avoid exposing others," Dr. David Anthony said.

At West Suburban they have protocols in place to try to protect against the flu spreading, including keeping those under 18 from visiting and using masks when needed.

In some cases, what patients might think is the flu is actually a cold. Symptoms of most colds include a fever, lots of coughing as well as a sore throat and a runny nose. But most flu also includes muscle aches and fatigue, and it tends to come on with little warning.

Doctors also say patients who already got a flu shot this year are much less likely to develop symptoms. While it's too soon to know for sure, they say the vaccine seems to be pretty effective at preventing the two most prevalent strains of the flu this season.