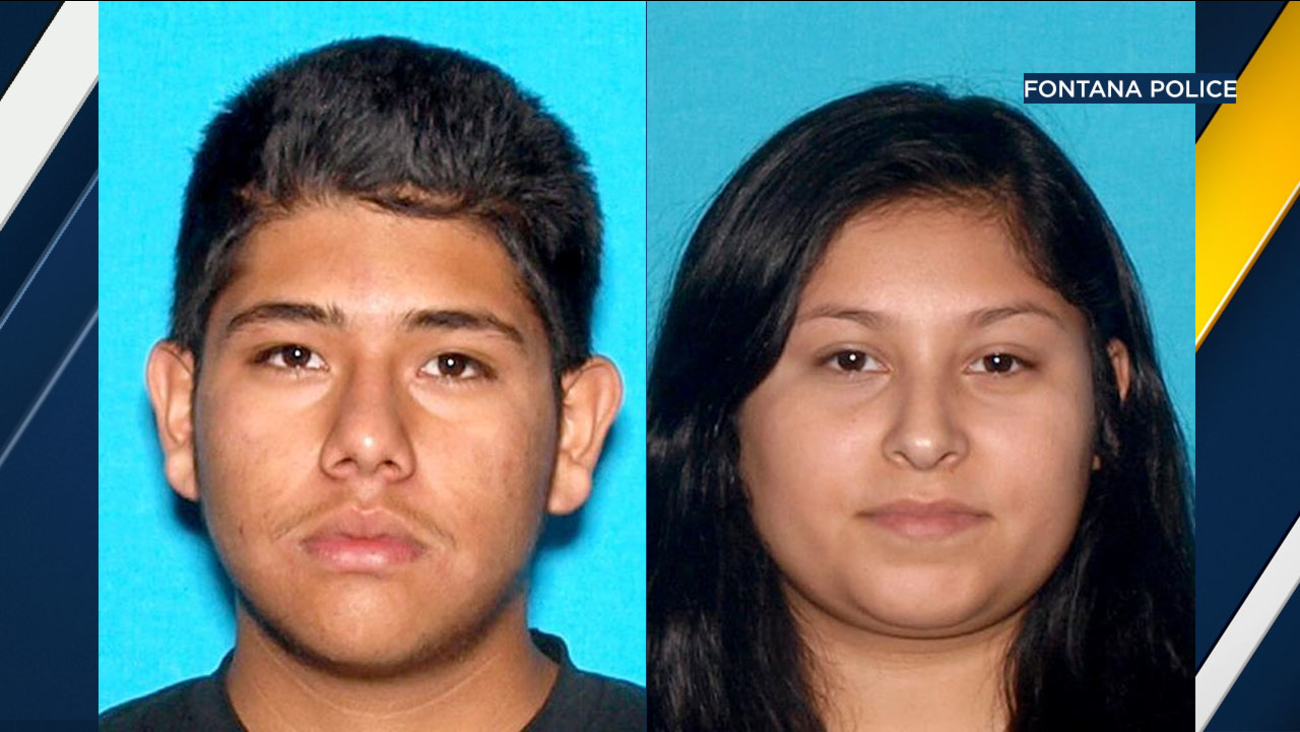 Twenty-year-old John Nieto, and 20-year-old Elisabeth Mancilla were arrested and charged after an 18-year-old man was run over in Fontana, police said. (Fontana Police Department)

FONTANA, Calif. -- Homicide detectives are gathering evidence at the scene of a deadly crash in Fontana, Calif. after police said a man was intentionally run down in an alleged jealousy-fueled murder.

Fontana police said someone called them around 7 p.m. Wednesday and said a pickup truck had hit a person walking near a 7-Eleven on Alder Avenue and East Foothill Boulevard.

When officers arrived they found 18-year-old victim Cristian Dominguez-Aguilar, of Fontana, who was transported to a local hospital in critical condition and later died from his injuries.

Police said Nieto waited across the street as Mancilla dropped off Dominguez-Aguilar at the 7-Eleven.

Nieto then attempted to run Dominguez-Aguilar over in a white 2003 Chevy Silverado as he crossed the street.

Nieto eventually hit Dominguez-Aguilar with the truck and then crashed into the 7-Eleven, disabling his vehicle and fleeing on foot.

According to police, Mancilla witnessed the crime and did not call police or attempt to render aid to Dominguez-Aguilar. Instead, she drove her vehicle down the street to pick Nieto up, police said.

Mancilla then drove Nieto to his residence in San Bernardino before returning home to Rialto, investigators said.