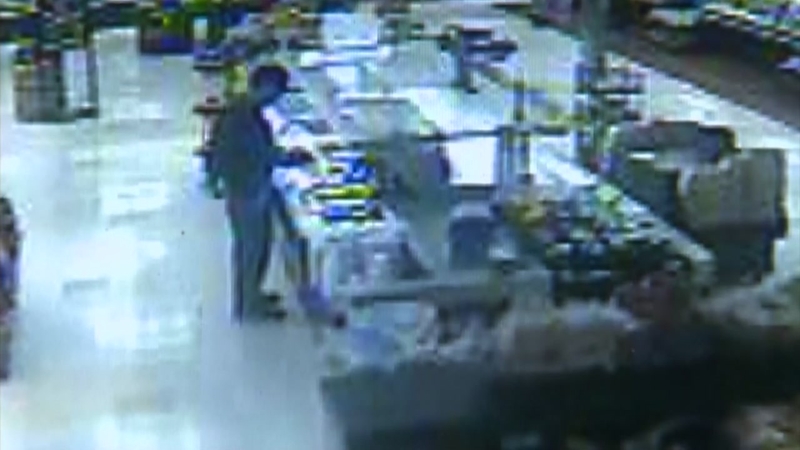 SOUTH LAKE TAHOE, CA -- A man was arrested Tuesday in connection to tampering with food at a South Lake Tahoe Raley's, the police department told KCRA.

Harry Dally, 43, was taken into custody at his South Lake Tahoe home, police said. He was booked into El Dorado County Jail on charges of contaminating food with a substance that could cause harm.

South Lake Tahoe police have been looking for a suspect since last week aftera man was seen on surveillance video putting some type of substance on food in the Hot Wok area of the Raley's at 4000 Lake Tahoe Boulevard in the Crescent V shopping center. It is unknown what the suspect put on the food.

After reviewing the store's surveillance video, it appeared the man did the same thing at least three other times beginning on or about Nov. 8, police said last week.

On Tuesday, officers found "items of interest" related to the case at Dally's home.

"We are intentionally withholding this information for its investigatory value pending laboratory analysis confirmation and questioning of the suspect," police said in a statement.

Earlier Tuesday, police reported there was another case of food tampering, but it was at the Baja Fresh restaurant in the same shopping center. The salsa bar was contaminated with a substance that smelled similar to bleach, the manager told police.

A 12-year-old got reportedly sick after eating at the restaurant. Police said his symptoms were similar to food poisoning.

While investigators believe the food tampering at Raley's and Baja Fresh are connected, Dally is not being arrested in connection to the Baja Fresh case. Police are still waiting to get surveillance video from the restaurant's corporate office in order to identify the suspect.