WLS
By Judy Hsu
Every May, we celebrate Asian Pacific American Heritage Month and honor those who have achieved greatness in their fields. One local chef is heating things up in the kitchen and receiving recognition for his work.

A native of New Jersey, Dave Park has found his home in Chicago and a name for himself in the culinary world.

Just recently, his restaurant was featured in Chicago Magazine as the seventh best restaurant in 2016. On top of that, he was nominated for a James Beard Award, which really caught him off guard.

"When I saw my name up there I was just kind of shocked. Literally I think I was kind of paralyzed the whole day, just going through the motions. And I was just kind of like, stunned," said David Park, the chef and co-owner of Hanbun Restaurant.

"It's still surreal... being nominated in a food court for a James Beard has been crazy," said Jennifer Tran, co-owner of Hanbun Restaurant.

Crazy as it may sound, Dave and his fiancé, Jennifer, operate Hanbun Restaurant inside of a food court located in the International Mall in Westmont.

But don't expect your traditional Korean food here, they set the bar really high with their rich menu.

"The food tastes really like Korea. It's not Americanized I would say. It's very spicy, that's what I like about it," said Rodrigo Aihara of Downers Grove.

Diners can also experience Hanbun after hours as they have tastings a few times a week for their signature dinner dishes.

We'll show you much more about Hanbun and introduce other Chicagoans making a difference in the community on ABC 7's Emmy award-winning show "Asian Influences." It airs on Saturday at 6 p.m on ABC 7. 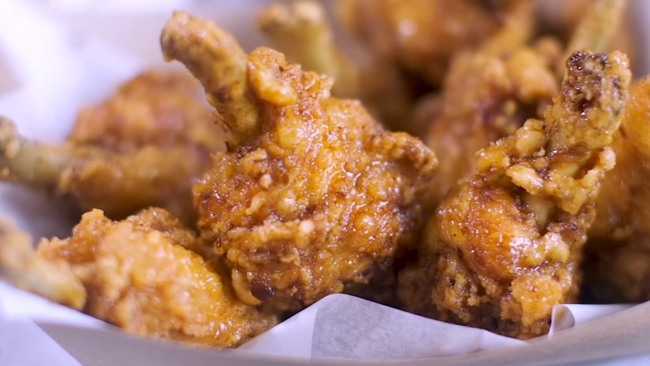