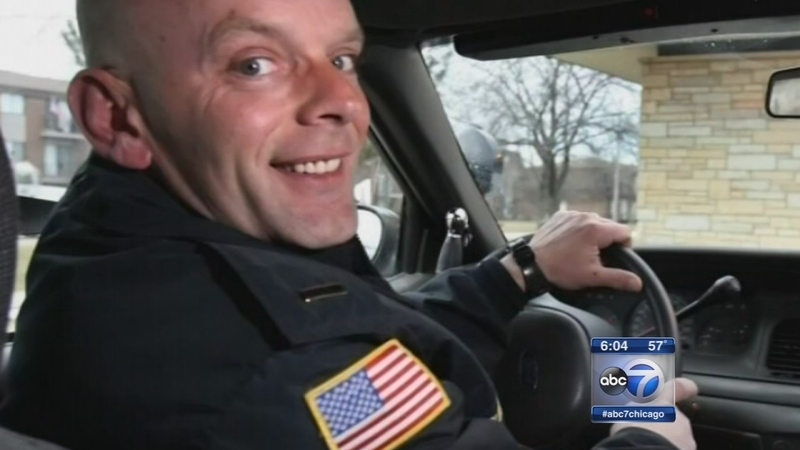 FOX LAKE, Ill. (WLS) -- Fox Lake Police Lt. Joseph Gliniewicz was shot twice by his own gun, according to Major Crimes Task Force Commander George Filenko, and there were "indications that there was a struggle that took place."

The investigation is still considered a homicide, Filenko said.

The first shot went into his police vest, hitting him with "the force of a sledgehammer" in his side, and the second, believed to be the fatal shot, was in the "upper left chest region," Filenko said.

Gliniewicz's body was found Sept. 1 after he radioed that he was pursuing three suspicious men in a remote area of the village just south of the Wisconsin state line. Despite a massive manhunt, police have not made any arrests or identified any suspects.

Officials are in the process of identifying nine DNA samples found at the scene, Filenko said, and have taken more than 100 DNA samples from people, including police, who were there. Those will be submitted for comparison to a national database of offenders. Only one of the recovered samples is male, Filenko said.

Questions have swirled around the investigation since the Lake County coroner said he has been unable to rule Gliniewicz's death a homicide, suicide or an accident.

"No theories at this point that have been eliminated or taken off the table," Chris Covelli said.

Early on in the investigation, police accused the Lake County Coroner of jeopardizing the case. Filenko said that's in the past.

"We are working as a team," Filenko said.

Investigators believe Gliniewicz, 52, was in the area because the village recently purchased the property and there had been reports of vandalism and trespassing. He was in the area for 20 minutes before getting on his police radio.