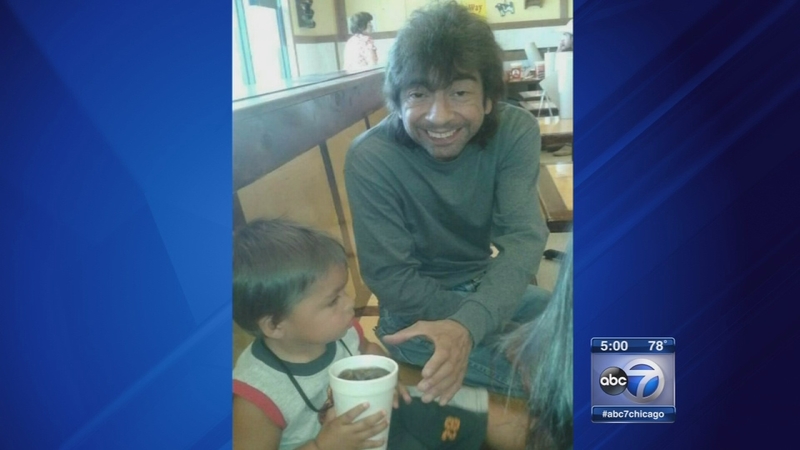 WOODRIDGE, Ill. (WLS) -- Francisco Vasquez's family is questioning the circumstances surrounding his death in a Georgetown, Texas, jail. Officials say Vasquez committed suicide within an hour of being arrested on a drunk driving charge. The family disputes the claim that he would take his own life.

Vasquez lived and raised his family in west suburban Woodridge for nearly 20 years before moving to a city near Austin, Texas due to his job as a welder.

His son Frankie, a graduate of Downers Grove North High School, doesn't understand how his father could end up dead in a Texas jail.

"If there's proof, show us the video," Frankie says. "When we heard about what happened, that's why we all knew, we started talking to family and friends and everybody questioned it."

Police say Vasquez was arrested near Austin on Aug. 8 on suspicion of driving drunk. Vasquez's family says they began calling the jail repeatedly before 5 p.m. on the same day, and that every time they called they were given an excuse and told to call back. Relatives say it wasn't until 11 p.m. that they learned from jail officials that he was found hanging in his cell less than an hour after he first arrived at the jail, and around the same time they made their first phone call.

"When they told us we thought okay he was sitting in a cell all day, maybe he lost it. Maybe he cracked. Then we found out it was 21 minutes, we said no this isn't right. There is no way he could have possibly done that," says Russell Soto, Vasquez's son-in-law.

"The charges were so minor, so minute, that it doesn't even compute. There's just no way," says Daniel Schaefer, Vasquez's neighbor. "I was absolutely devastated as soon as I heard it, then I heard it was asphyxiation and a supposed suicide... no. Impossible. This was a man who lived for his family. This was a man who never, never in a million years would do something like this."

Texas jail officials have not returned ABC7 Eyewitness News' calls or requests for comment. The Texas Commission on Jail Standards and the Texas Rangers are investigating Vasquez's death.