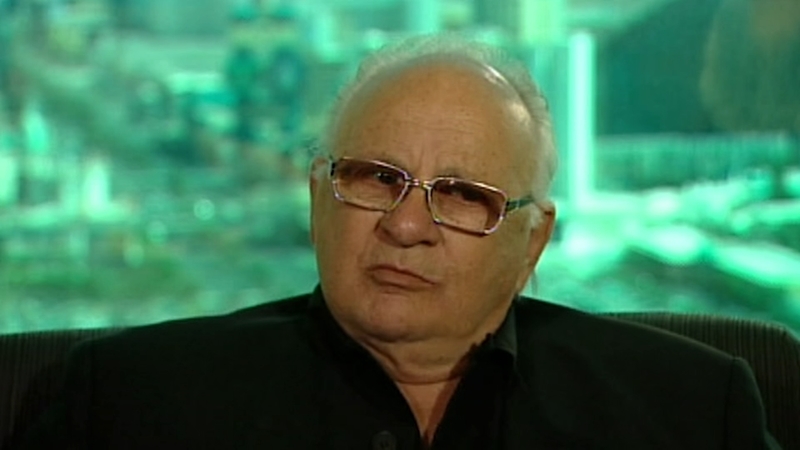 CHICAGO (WLS) -- He walked the walk of a Chicago mobster and certainly talked the talk.

Because he actually had maimed and killed people, Cullotta described beatings and murders like most people would tell you they had pancakes for breakfast.

"Ya tell 'em, ya know, we need the money. I'm not gonna keep on waiting. And after about the third time if they didn't listen then you just give 'em a beatin'," Cullotta told the ABC7 I-Team in June 2007 during a meeting when he was still-allegedly-in federal witness protection.

"And that (those beatings) would usually take care of it?" asked investigative reporter Chuck Goudie.

"Yea," said the beefy Cullotta. "And you're gonna make your wife a widow..."

Cullotta, 81, died a far less violent death than those he ushered into the hereafter. On Thursday morning he died at a Las Vegas hospital, suffering from a variety of ailments including COVID-19, according to those who knew him.

FROM THE I-TEAM VAULT: THE CHICAGO OUTFIT'S FAMILY SECRETS

After federal prosecutors took down top Chicago Outfit bosses in Operation Family Secrets in 2007, the I-Team investigated who might be targeted in the second phase of the landmark

Cullotta's claim to fame was his alliance with another Chicago hoodlum, Anthony "Ant" Spilotro, the Outfit's emissary to Las Vegas. Spilotro had summoned his hometown friend to Sin City in 1978 to oversee what became known as the "Hole in the Wall Gang."

It was a mob burglary ring that gained entry to homes and businesses by drilling through walls and ceilings. When the burglary gang was busted, Cullotta turned against Spilotro and is credited with ushering in the end of the Chicago mob's ironclad grip on gambling rackets in Las Vegas.

The end of the Outfit era in Vegas also meant the end of the line for Tony Spilotro. In 1986 he was murdered by angry Outfit higher-ups who felt Spilotro had lost control of organized crime's most lucrative outpost. Spilotro and his brother Michael were found buried in an Indiana cornfield.

FROM THE I-TEAM VAULT: HOW THE MOB CLAIMED LAS VEGAS

In 2013 the I-Team looked into how the Chicago mob claimed Las Vegas as its home turf, and who was behind it.

Cullotta may have triggered the hit on the Spilotro's but he didn't personally carry it out-but said he would have if so ordered by the bosses in Chicago. He did admit to having executed four people-in the line of mob duty.

"Some guy-a union guy-with the Barber's Union in Chicago," he recalled in 2007. "And a 1979 Las Vegas murder" that was featured in the Hollywood film "Casino" starring Robert DeNiro, Joe Pesci and Sharon Stone. Cullotta was a special consultant to the film, and played a bit part.

But in real life he was never a bit player.

"You become the judge, jury and executioner, ya know. And you justify it. In your own mind. So it makes it a little easier on you," he told the I-Team. "Most guys who got whacked probably deserved it."
Report a correction or typo
Related topics:
i teammobfamous deathcovid 19
Copyright © 2022 WLS-TV. All Rights Reserved.
I-TEAM
FBI: QR code scams on the rise
Michigan governor not only original target of militia group: feds
75 years after Al Capone's death, it's not your dad's Chicago Outfit
34 state prisons on COVID lockdown as cases soar
TOP STORIES
CPS teacher killed in murder-suicide was active in violence prevention
Longtime Lombard couple spends final days together battling COVID
CPD shoot, critically injure man in Lower Wacker shooting; 2 arrested
Truck slides off Indiana tollway, leaving trailer dangling from bridge
2 charged with murder of 8-year-old girl in Little Village: CPD
2 semis crash on Dan Ryan; Driver seriously injured
FBI: QR code scams on the rise
Show More
4 steps to take before Fed raises interest rates
What to know about the judge viewed as Biden's top Supreme Court pick
World remembers Holocaust as antisemitism rises in pandemic
More Chicago, suburban testing centers under investigation
Man released from prison after twin brother confesses to murder
More TOP STORIES News