WLS
CHICAGO (WLS) -- From T-shirts to bobbleheads, the saga of "Chance the Snapper" and Alligator Robb continues with a new coloring book.

"The Adventures of Chicago Chance and Frank Robb" will be released this week.

The famous duo became a quick hit in Chicago after the Florida gator wrangler rescued the non-native reptile from the Humboldt Park Lagoon in July.

Frank "Alligator Robb" turned into a local celebrity overnight. Not only did he throw out the first pitch at a Cubs game, he was also given the honor of turning on one of the city's crown jewels, Buckingham Fountain. On top of it all, he got a first class tour of the city, including a chance to try his first deep dish pizza before receiving a Certificate of Appreciation on behalf of the city from the mayor herself.

Through it all, the alligator trapper said he was able to realize another dream of his which was to write a coloring and storybook.

The book was created in partnership with the St. Augustine Alligator Farm and Zoo where Chance now lives, and an illustrator Ben Clark, who Robb met on Instagram.

The story is written in Chance's point of view and tells the tale of how the two became lifelong friends.

"It's amazing to have the opportunity to share the story of Chance with everyone in this coloring and storybook. This is a story of conservation of a species that I was raised around and truly love. I look forward to y'all reading the story of Chicago Chance. This alligator and I are linked for life and the blessings of this story will continue to be shared. A portion of the proceeds from each book will be split between two charities; one for crocodilian conservation efforts and one to assist first responders," Robb said.

If you still haven't had enough of the Alligator Robb yet, you'll have your chance to meet him at any of three book signings he has planned in Chicago.

"The Adventures of Chicago Chance and Frank Robb" retails for $16 and will be available on www.RealAlligatorRobb.com, and at various venues and stores throughout Chicago and Florida. 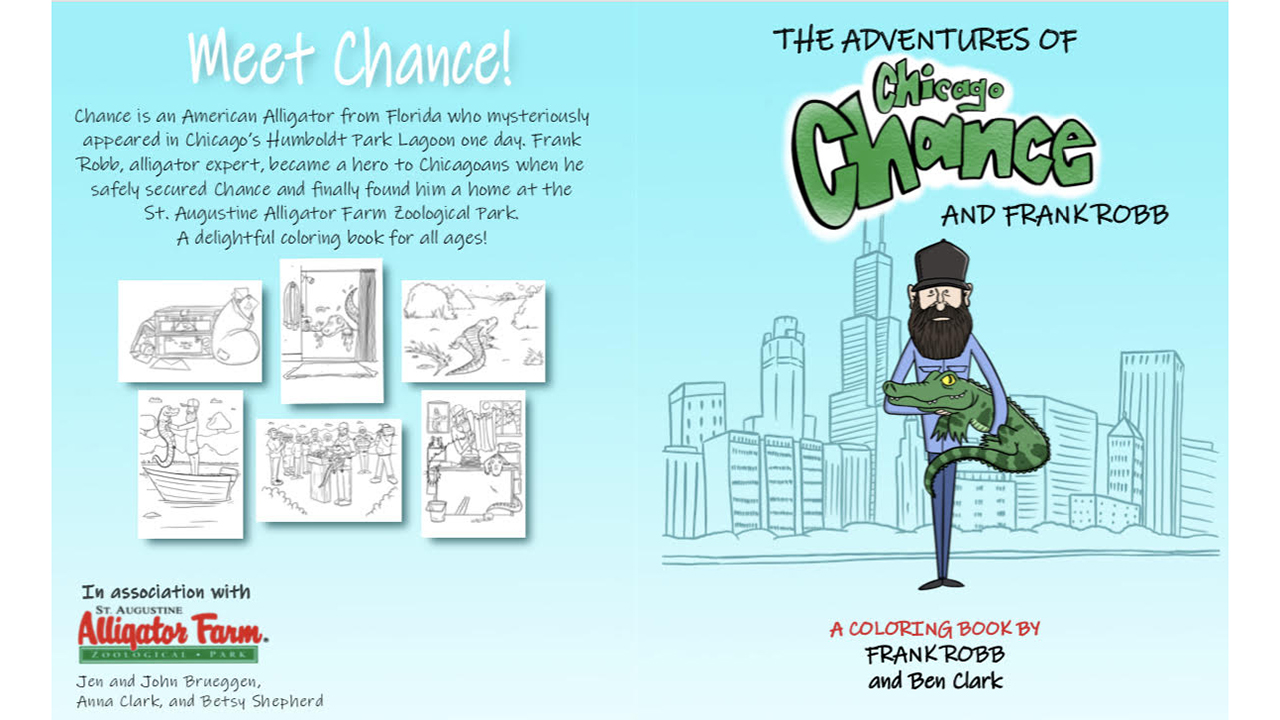