Dan Keene, 46, leaves behind a young son who lost his mother to cancer 3 years ago
WLS
By Alexis McAdams 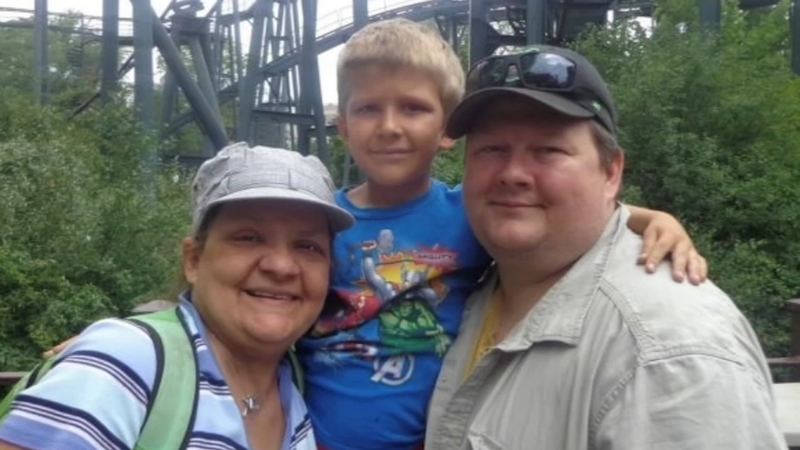 FRANKLIN PARK, Ill. (WLS) -- A single father from Chicago is being mourned after he was killed in a crash early Sunday near O'Hare Airport.

Dan Keene was on his way to work Sunday when he was struck and killed in a crash near Mannheim and Irving Park Road.

"My son had a green light. He was going to work early in the morning. He wanted to get out in time and spend time with his son after work. He hit him and T-boned him," said Casey Wrona, the victim's mother.

The 46-year-old left behind a young son who also lost his mom to cancer just three years ago. His family has launched a GoFundMe page to help cover funeral expenses and provide for Keene's son.

"My grandson has two empty holes that will never be filled. Ever. He does not have a mom and a dad now because of this stupidity," Wrona said.

"He did not take responsibility for his actions. Instead, he took my son's life away," Wrona said.

According to court documents, it all started when Franklin Park police pulled over the suspect for erratic driving. Officers said they noticed his speech was slurred and smelled alcohol on his breath.

Police said he blew through at least two red lights before he struck and killed Keene.

"I am not upset with the police, the police were doing their job," said Diane Michaelski, the victim's cousin. "I am upset with the man that did not follow the police instructions. When he was pulled over for drunk driving and was asked to get out of the car, that is when he hit the gas. He did not need to."