The stabbings happened during a large fight involving 12 to 15 people that broke out near the mall's JC Penney store, police say.
KFSN 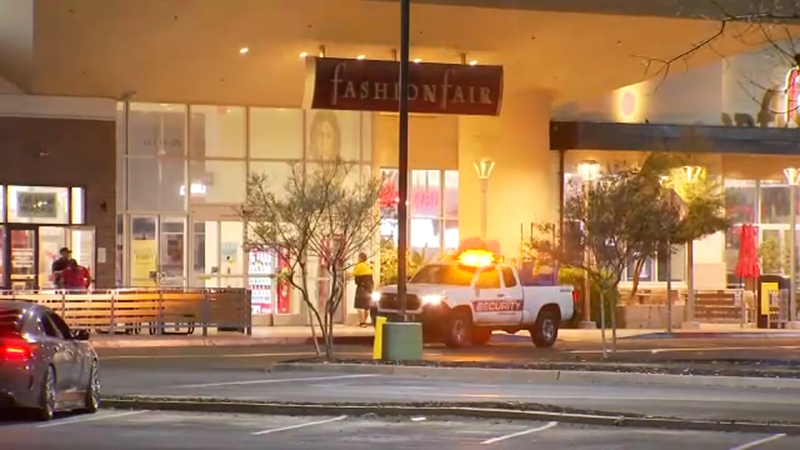 FRESNO, Calif. -- Police have arrested a gang member after two boys were stabbed inside a California mall on Saturday evening.

The stabbings happened during a large fight involving 12 to 15 people that broke out near Fashion Fair Mall's JC Penney store just before 6:30 p.m., Fresno police said.

One of the boys was found injured at the mall, and was transported to the Community Regional Medical Center.

The other showed up at CRMC with a stab injury and claimed to have been involved in the mall incident.

Both are expected to recover.

The person arrested is connected to the fight and police retrieved the weapon used. They say no additional arrests are expected.

They say the mall was not shut down and is safe for visitors.

The police department will be stepping up its presence inside and outside the mall to ensure shoppers' safety.

Fresno Mayor Jerry Dyer tweeted about the incident, saying he was 'extremely disturbed' by the increase in violence at the mall and that he would be working with Fresno Police Chief Paco Balderrama and Council Member Tyler Maxwell, who represents the area, to develop a safety plan for the mall.

"People should be able to enjoy their shopping experience and not have to worry about these types of incidents," he wrote.

"We're going to do everything within our power to address the increase in violence at Fashion Fair Mall. This next week, I'll be meeting with the chief, mayor and mall management to discuss next steps," he said.

Shoppers can expect an increased police presence at the mall in the coming days, including detectives with the Multi Agency Gang Enforcement Consortium, or MAGEC.

Fashion Fair Mall has been the site of a number of violent incidents in the last two years.

One of the more high-profile incidents was a gang-related gunfight in April 2021 that sent shoppers fleeing in panic.

Action News dug into the data and found that when it comes to actual crimes reported, Fashion Fair is averaging a little more than one crime per day since January 1 this year.