Boy, 15, fatally shot in Fuller Park after mother warned him not to leave house 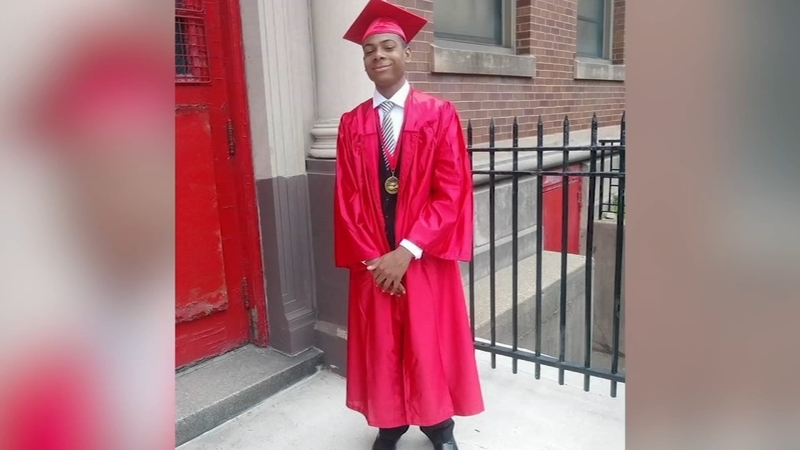 Mother warned son, 15, not to leave house before fatal shooting

CHICAGO (WLS) -- A 15-year-old boy was shot and killed Tuesday night in Fuller Park after his mother warned him not to leave the house.

Chicago police said the boy was in the 4400-block of South Shields Avenue when at about 9:50 p.m. someone walked up and fired shots.

The boy was shot in the back and chest and transported to Comer Children's Hospital, where he was pronounced dead, police said. He has been identified to the Cook County Medical Examiner's Office as Darion Strong.

Strong got a phone call and bounded out of his South Side home and his mother Darnielle Briggs pleaded with him not to go.

"I said why are you going outside? Ain't nothing to go outside for. I said nothing out here but death and jail. That's all out here. As soon as I said that, he slammed my gate and the little boy walked not even that far and they shot him."

Briggs heard the shots and found her son dying.

"It hurt to see your baby take his last breath in front of you after you just told him not to, just telling him come on now, you don't need to be out here. Ain't nothing going on out here," she said.

Crisis responder Andrew Holmes said the boy was ambushed after leaving his home. He walked two houses down and that's where the gunman came out of a gangway.

"It's rough around here. It's getting warm and it's not surprising, you know. It's what we're used to," said neighbor Lenora Amos.

Strong's mother said she doesn't know who called her son before he left or what may have motivated the shooting, except that he may have had some bad friends.

She said her son attended Tilden Career Academy and kept his life very secret, but she was urging him to get a summer job and eventually graduate.

"So I'm trying to guide him in the right direction and he wouldn't even listen to me," she said. "He didn't listen to me at all...that stuff hurts."