Gabriele 'Gabe' Grunewald, runner with cancer who inspired many, dies at 32 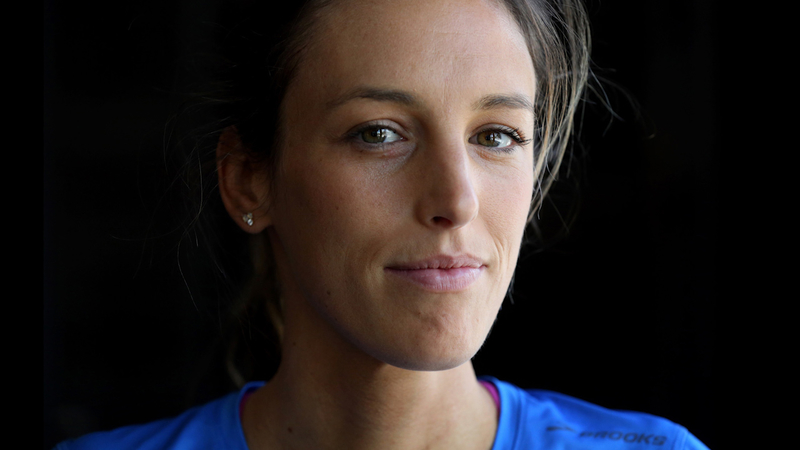 Gabe Grunewald, runner with cancer who inspired many, dies at 32

MINNEAPOLIS -- Gabriele Grunewald, one of the country's top middle-distance runners, has died at her home in Minneapolis after inspiring many with her long and public fight against cancer. She was 32.

Her husband, Justin Grunewald, said she died Tuesday night. "It was one of the most peaceful passings I've seen. Everything she did was timed in her own time and perfect," he told The Associated Press on Wednesday.

Grunewald, who often went by "Gabe," was diagnosed with adenoid cystic carcinoma - a rare form of cancer in the saliva glands - in 2009 while running for the University of Minnesota. Following surgery and radiation therapy, she went on to finish second in the 1,500 meters at the 2010 NCAA championships.

She kept on running through three more bouts with the disease, forging a career as a professional athlete and U.S. champion while enduring surgeries, radiation treatments, chemotherapy and immunotherapy.

In June 2017, while in between rounds of treatment for cancer that had spread to her liver, she took the starting line for the 1,500 at the U.S. track and field championships and expected to be as competitive as ever.

"Though it would take quite an effort to make the final, I don't think it is impossible," Grunewald said before the race . "If I feel good, I hope to mix it up. There's also a chance I feel lousy, in which case I hope I can just enjoy being out on the track as a competitor for a few minutes. Either way, I'll be happy to be out there."

She didn't advance out of the first round that day. But her smile told the true story - she was exhilarated to be a competitor again, even if for just 4 minutes, 31.18 seconds.

Justin Grunewald, who is a doctor, said his wife's main objective after her diagnosis was to make sure people with cancer have more and better treatment options. She also wanted people who are diagnosed with cancer "to tackle it head-on while doing what they are passionate about. She wanted people not to lose focus on what was important to them when life got hard," he said.

Her foundation, Brave Like Gabe, was started to raise awareness of and benefit research into rare forms of cancer. On her website, bravelikegabe.org, she encouraged others who were fighting cancer or adversity to share their stories under the hashtag MyBraveStory.

Grunewald was a competitor and inspiration up until her death. Earlier this month, Justin Grunewald wrote in an Instagram post that his wife was in grave condition and had been moved to intensive care. He said when he told her she was dying, "she took a deep breath and yelled, 'NOT TODAY.'" He described the next day as a miracle, saying her labs had normalized and she was eating a burger.

Justin Grunewald told the AP that Gabrielle rallied and hung out with family and loved ones for a week. She was moved to comfort care Sunday after her health declined and returned home Monday.

"She told me she was ready to go to heaven and a couple days later she did," he said. "She wanted a couple more days to say goodbye."

Olympic runner Kara Goucher had fond memories of Grunewald's performance in the 3,000 at the 2014 U.S. indoor championships.

"She kicked away for the win and qualified for world champs," Goucher said. "You could just see the joy on her face - she was realizing, 'I'm as good as I hoped I was.'"

Goucher said Grunewald's legacy is bigger than running, and her unrelenting spirit and choice to share her story publicly invited many people in.

"It's made me realize how lucky I am to be out running and to be healthy and whenever I hit a road block, I think of her," Goucher said. "She will never be far from our minds. She's just made such an impact in all of our lives."

In his Instagram post announcing her death, Justin Grunewald said: "I always felt like the Robin to your Batman and I know I will never be able to fill this gaping hole in my heart or fill the shoes you have left behind."

He also thanked those who sent messages to his wife in her final days: