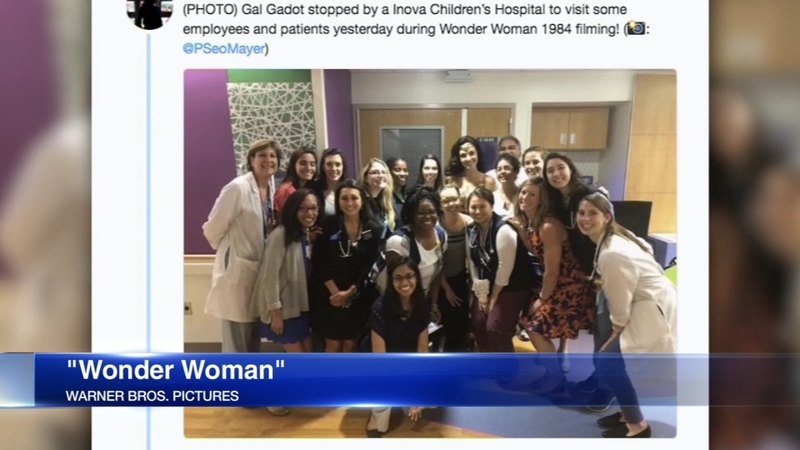 Gal Gadot was a real life hero after she recently showed up at Inova Children's Hospital in Falls Church, Virginia, in character as Wonder Woman.

The actress was in town filming the highly anticipated sequel to her hit 2017 film "Wonder Woman."

"We are so honored that #WonderWoman stopped by to visit the kids and caregivers at #InovaChildrensHospital!," a tweet from the hospital read. "Thank you @GalGadot. #ForTheKids."

Celebrities dropping in on sick children has made for a few viral moments over the past years, including in 2015 when "Captain America" actor Chris Evans and "Guardians of the Galaxy" star Chris Pratt joined forces for a visit to Seattle Children's Hospital.

Gadot is the mother of two young daughters, the youngest of which she was pregnant with while filming "Wonder Woman."

She said during an interview last year that giving birth made her feel like Wonder Woman.

"When you deliver, you feel like you're a god. Like, 'Oh my God, I made this!'" she said. "The best thing is to become a mother and to give life."